Personal Geography was published in 1976 when Elizabeth Coatsworth, an American woman of privilege, was eighty-three and reads as promised… 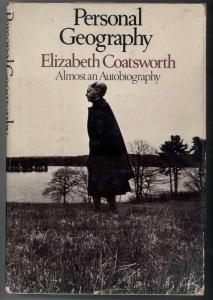 ‘almost an autobiography’, written from journal entries spanning a lifetime, and including poetry, opinions, snippets and random thoughts as well as travelogues of requisite once-upon-a-time tours and junkets to places like Egypt, Jerusalem, the ‘Far East’, a cruise on the Great Lakes, Palm Springs, Toulouse. She writes about marriage to naturalist Henry Beston and their eventual move to Chimney Farm in Maine where they lived quite simply and how, after all the palaver of the ‘what one was expected to do’ years, it was the ordinariness of walking through meadows that turned out to be the highlight.

It can be tiresome to hear the privileged complain of their privilege, how their tiaras give them a headache, etc.,  and happily Coatsworth doesn’t do anything of the kind… she neither apologizes for her privilege nor regrets it, but simply says this was my life… I’ve come to prefer meadows.

“But after seventeen years of study in school and college I never noticed from what direction the wind was blowing. I didn’t know what to do for a burn, or the names of any but the commonest flowers. I could not have recognized a bird song, or gone to market and made a wise selection. I could not hem, judge a person’s character; and I didn’t know the names of the streets which I had passed by daily for years.”

She writes also about class systems, gender inequality, and various other subjects that resonate in the way of everything old being new again with bits of wisdom throughout that note, as a species, we are not quick learners.

“… I find I have a vast respect for close observation and an independently arrived-at conclusion. A world in which newspaper headlines and editorial opinions, or television news, or articles compressed from magazines for monthly digests form the basis of the intellectual pabulum is not very interesting. Most conversations are little better than quotations without quotation marks.”

The kind of book that feels like letters from a favourite aunt.

“A personality, to be a work of art, must first have quality and second be ruthlessly simplified. You must be able to say of such a one: “The Eighteenth century is his hobby”, or “I never see squills without thinking of her.” A personality must have recognizably distinct likes and dislikes on almost every side. If a few of these are unexpected, so much the better…. In all this I am a lamentable failure. I can’t dislike even gladioli whole-heartedly. I do not know who is my favourite author… [but] a few things emerge… My favourite fruit is raspberries. I love the lonely ruins of civilizations. And if I could paint I should paint nothing but pools of water and their reflections… not lakes, nor rivers, nor waves, but wet New York pavements mirroring street lamps and the bright inhuman reds and greens of taxicab lights; and the dark grave reflections of grass in the long puddles of country ruts; and rainwater glazed with clouds in the granite hollows of a rock pasture; and the faces of people reflected back, small and intense, from the deep girandole of a well.”

Written of a specific time and place but, as the title indicates, the geography is more about the interior journey and the writing contains that unique something that feels timeless and borderless and taps a collective nerve and is easily relatable… if one is the mood for relating.

The pleasure of this book for me is that I can dip into it whenever I want to travel the Blue Ridge Mountain countryside, which has been a fascination for me ever since hearing as a kid the song ‘Country Roads’, which I sang alone in the backseat of my parent’s Oldsmobile as we drove north for summer holidays… me staring out the window at endless forest and imagining living a solitary life in those woods, making my own orange crate furniture… take me home, country roads…

Until my mother would inevitably say can you please put a sock in it. Or words to that effect.

Tinker Creek is in West Virginia. The narrator is unnamed but feels like Annie Dillard. Also Thoreau. Non-fiction pieces cobbled into chapters from reams of journal entries. The attention to details in nature thrills me. There’s no point in giving examples… the thing has to be read to be appreciated, otherwise I could as easily say frogs, bulrushes, English sparrow, landscape, polar ice, sunlight, rain, thunder, a gravel path, the egg cases of a praying mantis, the thin membrane of an onion, that sort of thing. The kind of person it would be a joy to walk with through the woods or along the shores of Tinker Creek but I suspect she is one who prefers to walk through nature alone.

I get that. So do I. For which reason the writing and the reading is the perfect vehicle for us both.

“Every year a given tree creates absolutely from scratch ninety-nine percent of its living parts. Water lifting up tree trunks can climb one hundred and fifty feet an hour; in full summer a tree can, and does, heave a ton of water every day. A big elm in a single season might make as many as six million leaves, wholly intricate, without budging an inch; I couldn’t make one.”

Here is the Country Roads (John Denver) version I remember. Still gets to me and now, in these strange times, also reminds me that as a kid singing this, it didn’t occur to me I was singing about somewhere in another country… I was simply singing about nature, affected by the effect it has, which is everywhere and belongs to no one. Borders are human-made and humans aren’t bright.

Sending the world a little love. Without borders. ♥

(Also, as a Briny Books Bingo marker… it goes on ‘A book that’s been sitting too long on your TBR pile’.)

Actually, it begins with a precocious eleven year old girl arriving in a small country town via horse and buggy, driven by a soft spoken older uncle type who is charmed by her precociousness. (Yes, she is poor and has lively big bright eyes and braids. No they are not red, but black. More about that later.)

But the story of how Rebecca of Sunnybrook Farm came to be in my house in the first place begins with bingo.

The Briny Books Book Bingo Challenge, to be precise. A new thing created by the wonderfully bookish mind behind the blog Pickle Me This (and in partnership with the simply wonderful Blue Heron Books). 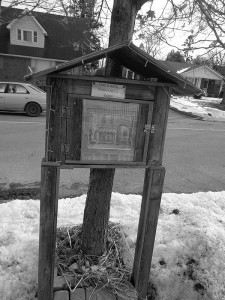 So I started with the first square (you don’t have to go in order though… it’s bingo for god’s sake!), which happens to be “A Book From a Little Free Library” and wouldn’t you know it but that very day I happen to pass a little free library I’d never noticed before.

This is how the universe works.

Unfortunately it was crammed with stuff that held zip interest for me but I was committed to THIS Little Free Library and from THIS ONE I decided I must take a book and read it. Because if I was going to get all choosy then I’m controlling things and that is NOT how I want to play my bingo. But Robert Ludlum? Um, no. And tekky books, macrobiotic diets… egad, what was the universe trying to tell me? And then… squished to one side, there was Rebecca. She was the best of what was on offer but I was still not very happy about things and I seriously considered leaving her there and trying another little library. But it was too late. I WILL NOT CONTROL MY BINGO had already become my mantra and so I took Rebecca, who I knew nothing about except wasn’t she supposed to be some overly cheerful chick like Polyanna?, home. (note to self: read Polyanna) 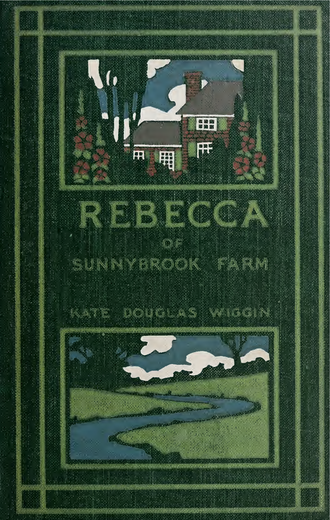 story perfectly fine and not intolerably sweet and, in fact, very funny even, but it led me to a whole THING insofar as its connection to Anne of Green Gables. The parallels and samenesses cannot be missed. I mean it’s REALLY very similar, not only in storyline but snippets of dialogue are word for word the same, characters (including Anne being a red-haired version of black-haired Rebecca), also voice, tone, descriptions, settings, relationships. I had no idea of the Rebecca story before this and as I read my jaw kept dropping further and further.

I researched various reviews and discussions on the subject and while there is no doubt the books are bizarrely similar, there seems to be no broadly accepted WHY. At least no one’s daring to come right out and use the P word.

To make matters worse, Anne, of course, went on to become an international superstar and icon and entire industry. Whereas Becky was pretty much a non-starter outside the U.S. and over time even fizzled away there.

One theory has it that the Rebecca story is more overtly patriotic and American, while the Anne story focuses mostly on the oh-so-quaint village of Avonlea on Prince Edward Island, and while Canada is named and there’s no doubt where the story is set, the overall emphasis is more on landscape than ‘nation’… thus making the argument that the Anne story was more widely and internationally relatable at the time of publication.

All of which doesn’t explain what Lucy Maud was thinking. My personal theory is that she made her book so BLATANTLY the same as Wiggin’s as an homage, as her Canadian version of a story she loved. Because surely she could not have supposed it would be taken as a completely original tale.

Pure conjecture. I haven’t read anything to this effect so it remains a mystery. But if my theory is correct, it would have been a classy move to acknowledge Wiggin’s book right up front, even putting it in the dedication. Or at least have gone on record afterward and explained her reasons for ‘using’ so much of it.

That said, I’m thrilled with my first bingo pick. Who could have guessed it would lead to the discovery of what amounts to a possible literary scandal brushed under the literary rug.

Because I don’t have to go in order…

Will keep you posted.