Up until a few years ago we’d head out to the Okanagan for a week of camping each Fall, visiting wineries and friends, marvelling at the orchards that only a few generations ago and pre-irrigation, were desert. That in itself was fascinating to me and I began to see the possibility of it in the sage covered hills that I have since been told are also home to rattlesnakes. I didn’t know about the snakes when I sat blithely on those hills gathering sage or reading or simply breathing in the beauty of them for hours.

We no longer make our annual treks, so I’m now a virtual and vicarious Okanagan traveller whenever I get the chance through the photos and postings of friends. It’s not quite the same but there are fewer snakes to worry about and I can still smell the sage covered hills, partly because I have a pot of that very sage in my house and partly because I think once you’ve sat blithely in the midst of it you never forget the scent.

All that from occasional visits. Imagine growing up there.

I believe the landscape of our childhood becomes part of our DNA, and by landscape I mean whatever scape we grew up with, cityscape, countryscape, suburbanscape. It might not be somewhere we want to live anymore but there’s a good chance we understand the place we come from. And what we understand best is the THEN of it. We are connected to the history of ourselves through place.

Barbara Lambert grew up and lived her entire life in the Okanagan Valley, which is where Wanda is set and which may be why it feels like a sliver of personal history, or at least written from a place of deep knowing. The novella is her most recent, and last, work of fiction. Lambert died this year on October 1st, at the age of 86. The story touches on a subject rarely mentioned, much less reported on, that of racism against German Canadians.

I had the pleasure of knowing Barbara and I know she loved her childhood home set among the orchards she writes about. And like Eva, the central character of the book, Barbara’s parents were artists, and German immigrants.

The story told is entirely from six year old Eva’s perspective, the story of a family of German immigrants, who have long lived simply and quietly as orchardists in the bucolic Okanagan Valley. They are valued members of the community, who have made Canada their chosen home. The war, however, raises suspicions about people of German descent. Good neighbours are no longer trusted. In one scene, Eva’s parents pull up to a gas station. They have extra ration coupons because they are farmers (and therefore allowed more fuel). The young attendant reluctantly serves them…

He says his Dad told him to keep an eye out because there is a new law coming in that Germans won’t be allowed to travel more than five miles from home. When the boy has finally filled up the tank… he leans in the back window… gives Eva a nasty wink. “We’re keeping a good watch on you aliens,” he says. “Don’t think you can get up to any mischief, little girl. Don’t let your dog run loose either. He’ll get sent off to an internment camp too, when they come to get your father.”

Eva senses the changes around her but doesn’t always understand the implications. Then she befriends Wanda, only slightly older but much wiser-than-her-years and with a very different background. They become ‘blood sisters’ and experience new aspects of their simple lives in this extraordinary period of history, until the ultimate lesson, that of betrayal, and the question becomes: which is worse… to be the betrayed, or the betrayer? 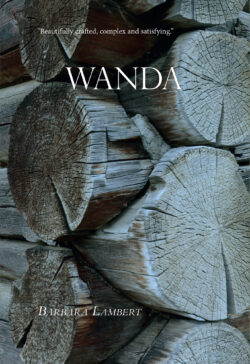