I’m thinking of so many teachers on a morning when we woke to find we’d lost one of our best, one who taught through music and poetry, such gentle lessons… the kind that change us in ways that allow us to find the strength to build and change our world with compassion.

Have we made notes? Because it’s up to us now.

And I’m thinking about those who fought against the *isms* … Oh, to find a way of fighting without harming. Maybe that’s the hardest fight of all. 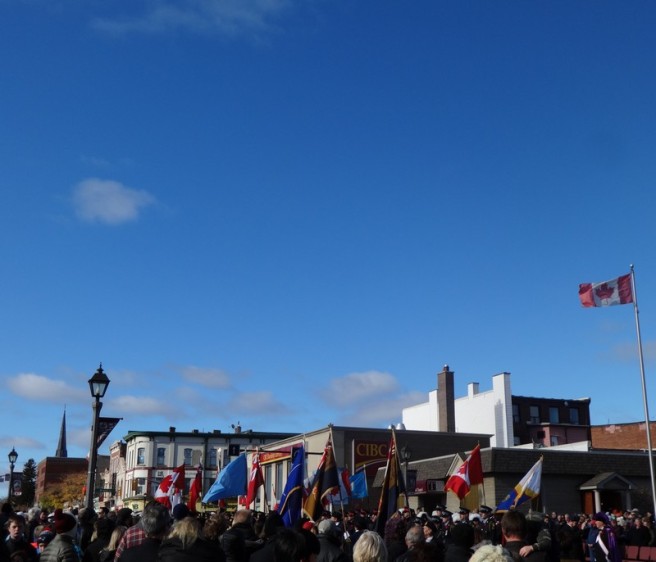 It’s not much, but I went out onto the main street of our tiny downtown and watched those men and women march to the cenotaph. Each year there are fewer gray heads but those still there always have the same look in their faces, their eyes… 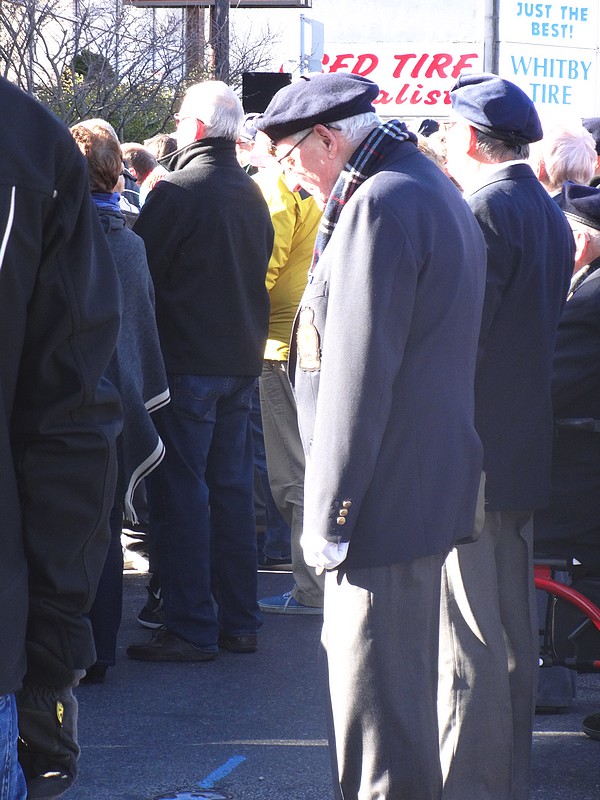 I’m not a fan of war (are there fans of war?). Or even the military. That’s not what I’m paying respect to.

At least not directly.

I’m there for the individuals, not the machine.

I’m there for the same reason I once stood at the side of the 401 while the car carrying the body of a boy home from Afghanistan passed and the crowd of people went silent and a mother and a father were somewhere doing god only knows what mothers and fathers do at times like that.

It’s not about condoning why people die, it’s about not being able to pretend they don’t.

And so every year since this one I try to make it to the parade and stand in silence, together with neighbours I don’t know, all of us there for probably very similar and yet different reasons.

Does it matter that there are different reasons? 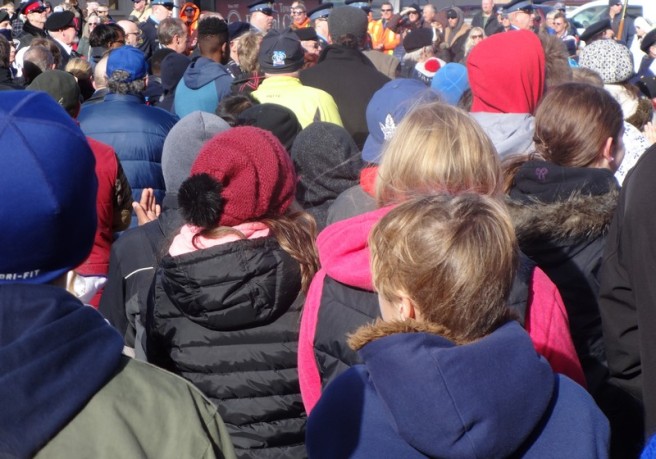 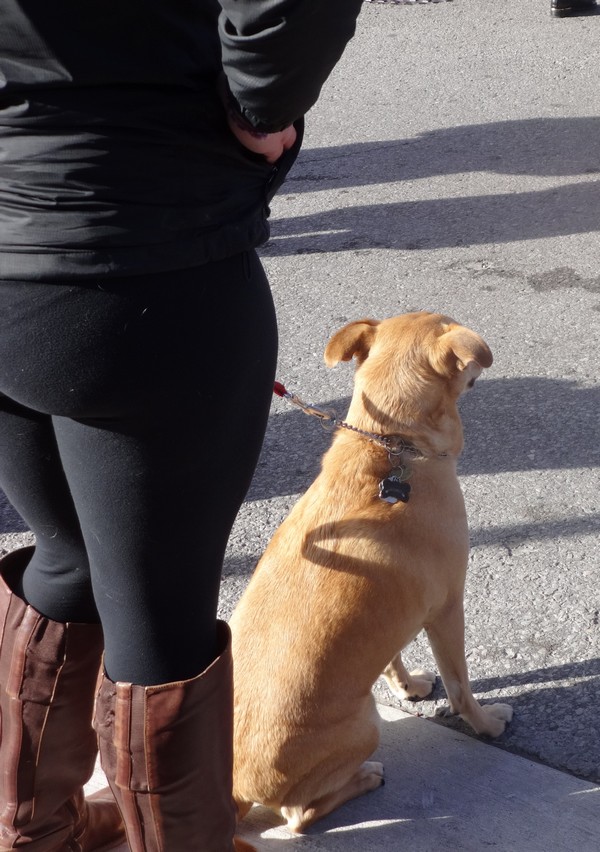 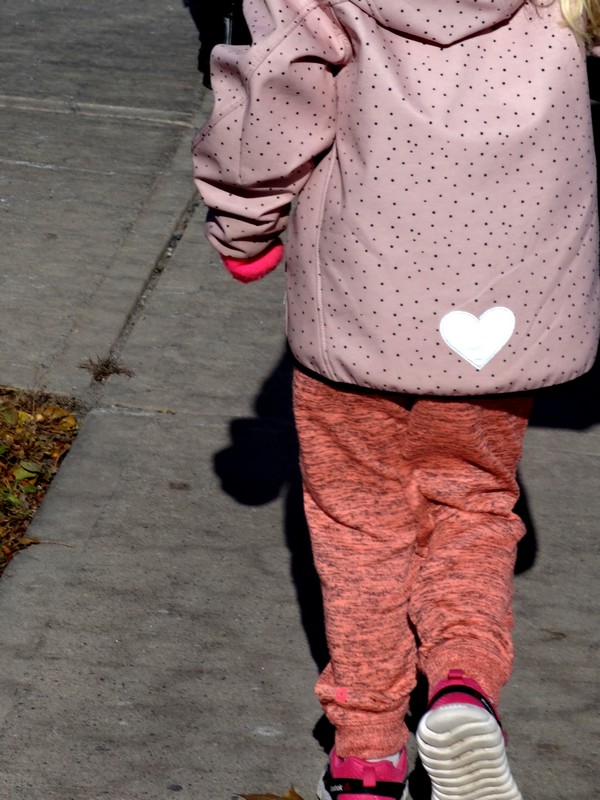 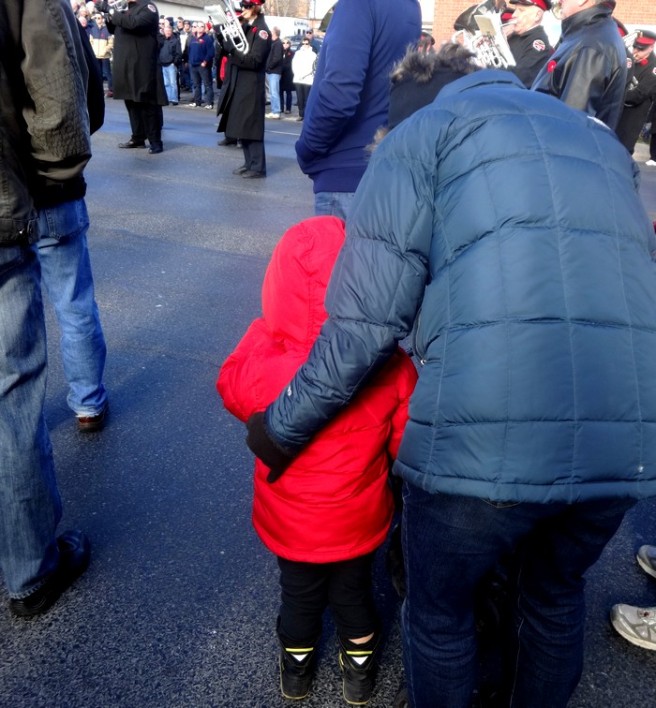 However you look at it, it’s a sweet thing in a fleeting way.

Bonus: on the way back to my car this beautiful old man in a don’t-hit-me fluorescent vest, said hello in that way the very old have perfected as an art. One of those things we might have made better notes of… how to greet the neighbours we don’t know. 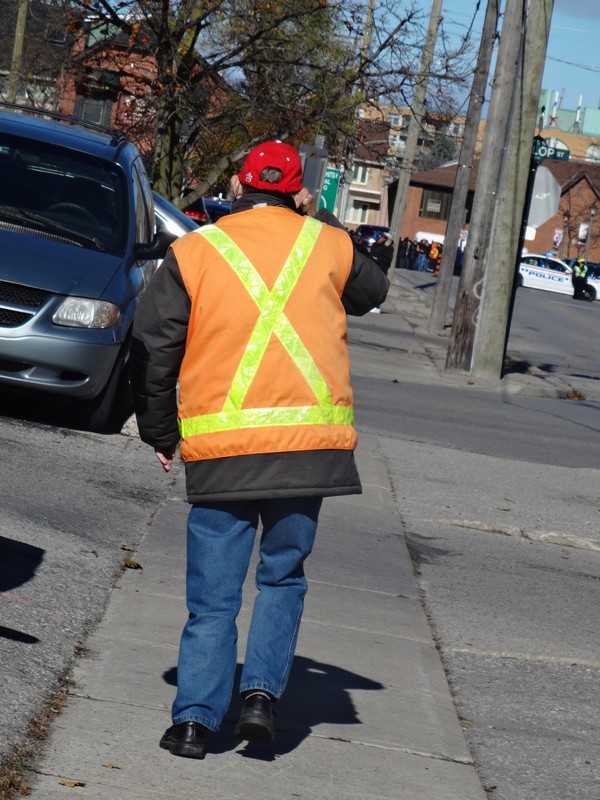 You tell me that silence
is nearer to peace than poems
but if for my gift
I brought you silence
(for I know silence)
you would say
This is not silence
this is another poem
and you would hand it back to me.