I’m fine, really. No, really I am. I’m over the whole, you know… thing. I don’t even think about it anymore. Ever. Except when I’m walking around and I look up and there one is. Have you noticed how they’re everywhere?? Is it just me? They’re everywhere, right?

It’s just that I don’t really understand what the problem ever was. I mean, the guy could make anything. He built real houses, the on-the-ground kind, the kind people live in, have keys for. He tore apart and rebuilt the inside of our bungalow at least twelve hundred times. Nothing was ever a problem. Give him a few pieces of wood, some nails, and he could knock you up whatever you wanted. A couch, bookshelves, carport, fence, spice rack—the sky was the limit.

So you’ll excuse me if I find it hard to fathom that when I made my (what I still believe to be miniscule) request, he stood there and said—as if this made any sense at all: sorry, kiddo, the pear tree isn’t big enough for a tree house.

I can tell you, Sigmund, I nearly dropped my ice cream cone right there and then. Neopolitan.

Oh yeah? I wanted to say. Well, dad, it sure as hell looks big enough from where I stand…

But I didn’t say anything. Shock probably. And then he went whistling off in some direction, and eventually I took my neopolitan and my skipping rope and went slurping off in another, and that, I guess, was supposed to be that.

But it doesn’t matter.

I’m going to have a lactose-free cone now. Vanilla.

And if you don’t mind I’d like to be alone. 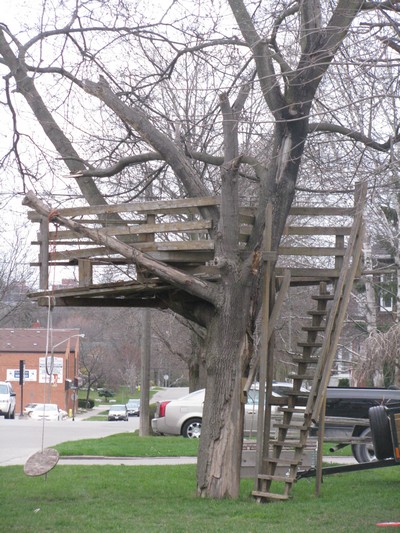 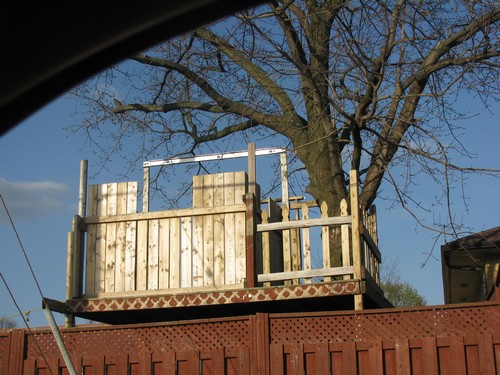 That—in a pear tree—would do nicely thank you.
Is that asking too much??

(Late addition, because I will keep adding them as I find them: tree villa)