On my way to the library I see a man pacing in his garage, smoking. I’ve seen him there before. He pretends he doesn’t notice me as I pass and I sense I’m meant to do the same. I feel sorry for those who like to indulge in a cigarette. They’re always huddled outside but no one waves, no one says Hello, fine weather, isn’t it!  the way you might to someone raking a lawn. I may have to change this pattern next time I go by.

Further along the same street, a boy, playing hockey on his own,

and the blueprints for a house interior sketched onto several squares of sidewalk.

This is the kitchen. The living room is to the left; bedrooms to the right. 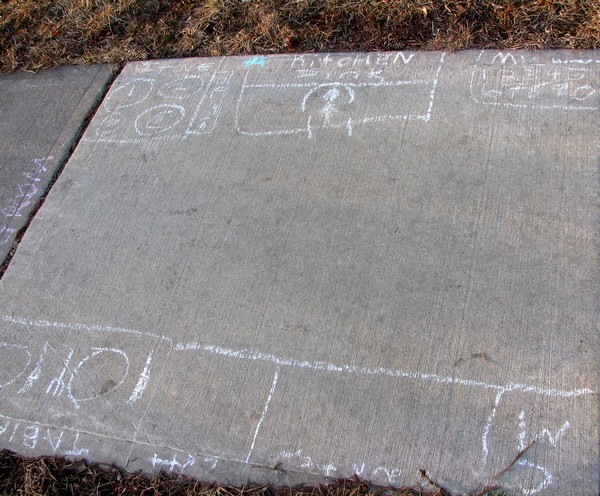 Around the corner, a man in a green ski jacket cleans a ski-doo the exact same shade as his coat. When I stop a few houses down to make some notes, I look back and notice the man staring at me. He’s actually stopped cleaning the ski-doo and looks concerned about me jotting things on a notepad with a pencil. It occurs to me that if I’d stopped to look at my BlackBerry or equivalent [which I don’t own] he’d be feeling much calmer. It reminds me of my experiment at the casino, and the unexpected things that frighten people.

At the library, a woman comes up to me, says, quite out of the blue, “You must be an artist,” and I assume she means because of the hat but I ask whatever makes her think so. She says she was driving by and saw me walking, saw me stop on the sidewalk and go back and take a picture of something on the ground. “Only someone with a certain kind of eye would do that,” she says. I tell her she must have a pretty good eye herself and we laugh the laugh of strangers.

This is the picture she saw me take.

Tell me this doesn’t look like a monkey spitting out an apricot.

Back outside a black pick-up truck goes through a red light and from the other end of the street, totally unrelated but at the same moment, tires squeal.

A woman in white plays drums on her steering wheel and sings while waiting for the light to change.

I take a different route home and find a nest of feathers. Not a good kind of nest.

And in a nearby window, what appears to be a rather self-satisfied expression… 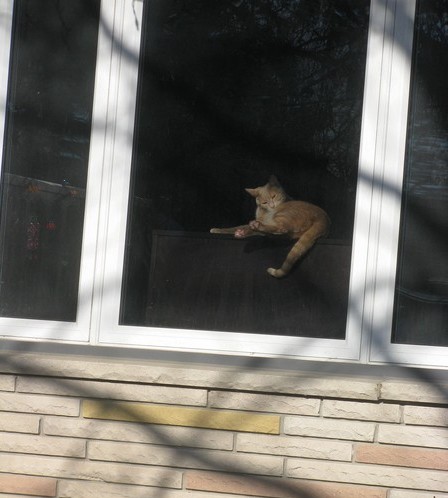 Close to home I find a bag crackling in the wind and so I detach it with the idea of collecting a few bits of the always-debris that is everywhere. 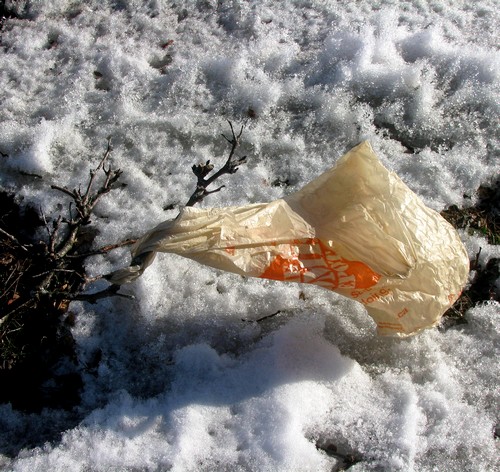 Less than ten minutes later, I’m out of bag. 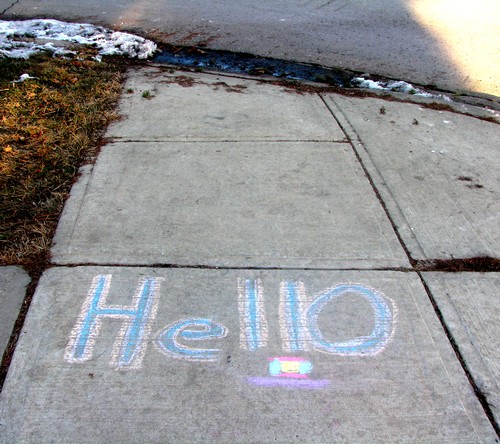