Arrival in bear country is similar to arrival anywhere. 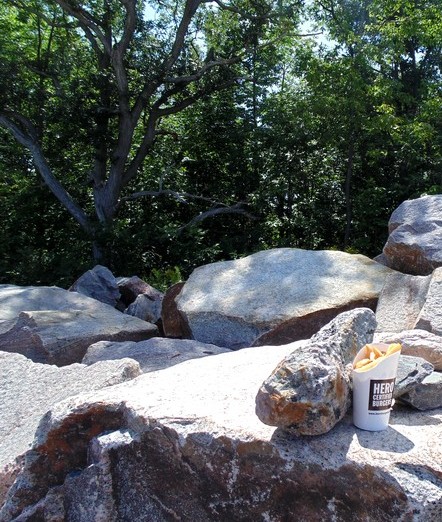 It begins with fries.

And moves from there along a lane through many trees… 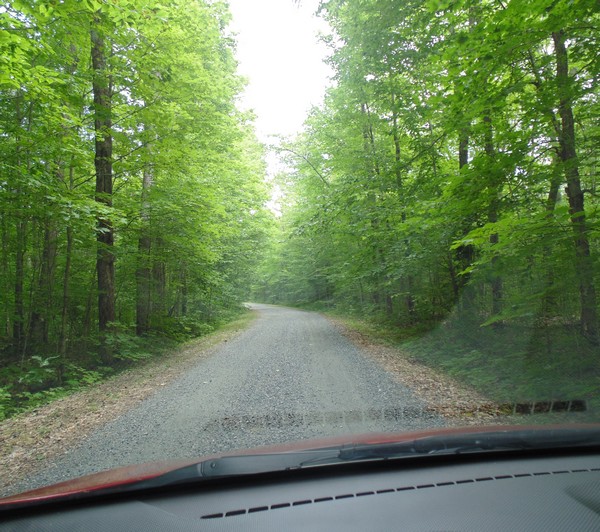 —to a house on a lake across which I’m ferried to a patio with a view.
Caesar salad and veggie wraps are involved. 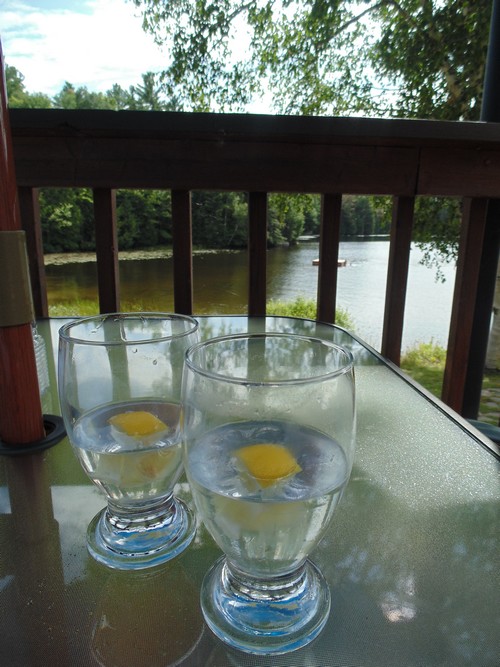 And then back via nautical means—and views of bear habitat. 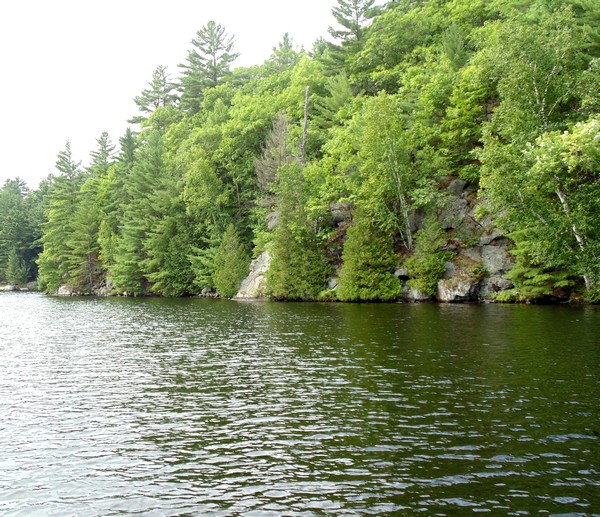 And habitats among the bears. 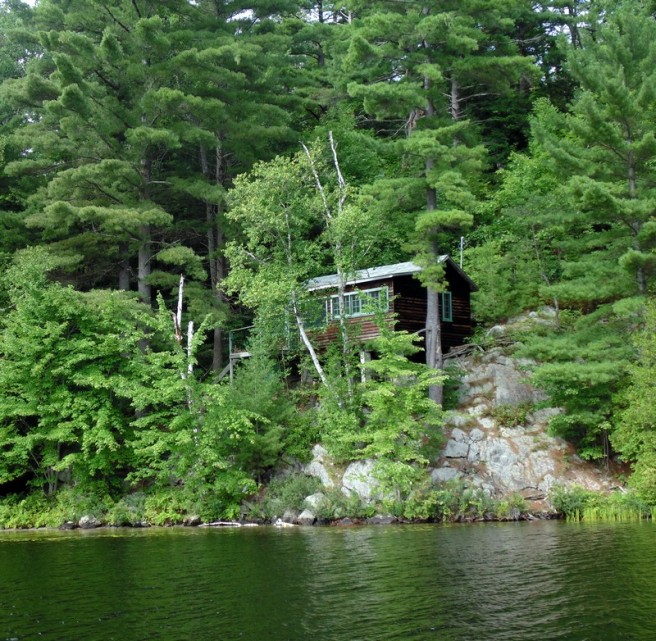 Eventually returning to the house at the end of the lane for quite a bit of this….. 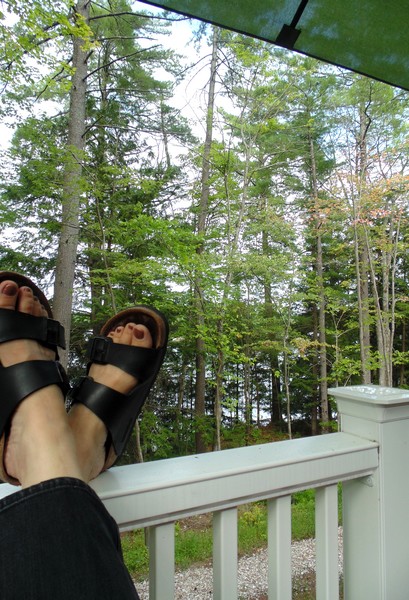 —with exactly the right amount of that… 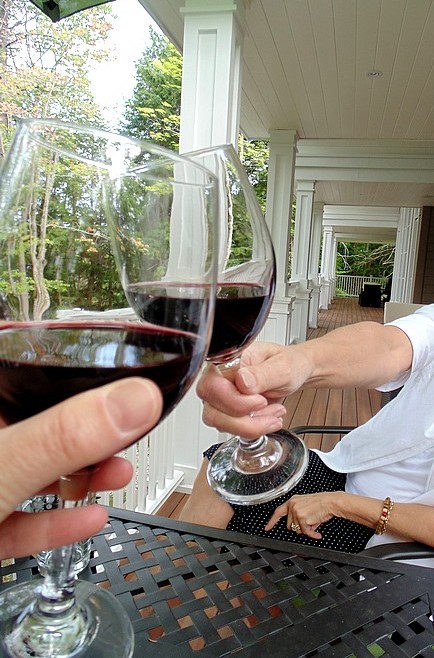 All the while, plenty of citronella-scrunching to let the mozzies know who’s boss.

Here’s a pink one giving the citronella two fingers. 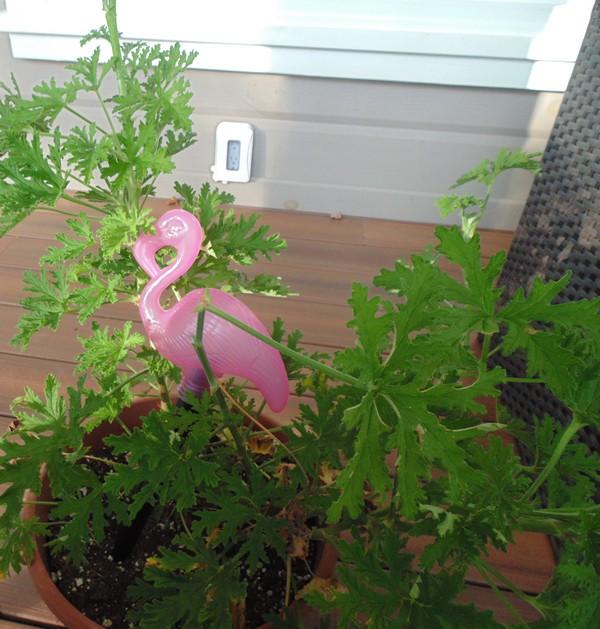 And chatter. Much chatter. And bbq’d salmon. And later an attempt to sit by the dock, thwarted by the absence of light. A decision I don’t question because those trees look much bigger in the dark, and so very much better for bears to lurk behind —bibs tied around their mammoth necks, knives and forks at the ready, lips smacking… Thank god for the absence of light I say.

Instead, we chatter some more and only when voices and stamina give out do we call it a night, and then in my room I find a magic lamp. It has no buttons. You merely approach it with a what the? where’s the frigging button? and it senses your need and lights up. A copy of The Antigonish Review  magically appears. 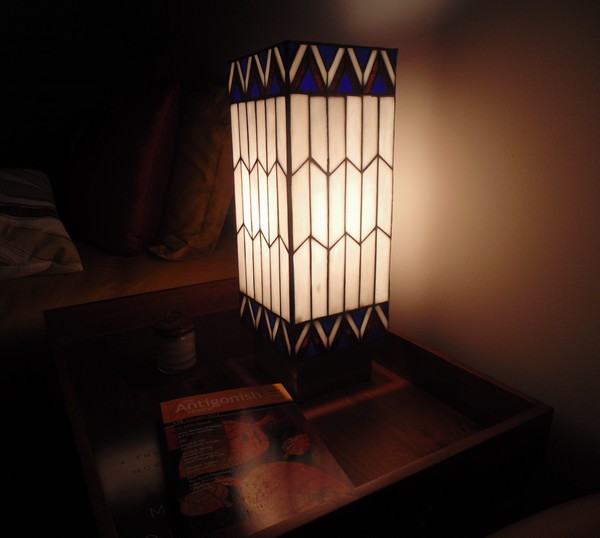 There are large windows and no curtains and again I wonder about the lurking bears pressing their muzzles against the glass, breaking through, ransacking my overnight bag for snacks. And wouldn’t you know it I happen to have a small container of peanut butter in my purse, snatched from the diner where I had breakfast last weekend.

I try to put this out of my urban mind, concentrate on the winning stories from the 2013 Sheldon Currie Fiction Contest, the plan being to read them, but my eyes are doing that closing thing that no matter how much you try to force yourself to stay awake you just keep going over exactly the same three words.
I give up trying to read or to survive imminent bear attacks and then, as if sympatico to my mood, the magic lamp goes dark with but a touch, or was it a wave?, of my hand.

More magic: the dark hours are over in mere moments and the new day is is all trees and I sit outside and write about vertical things. 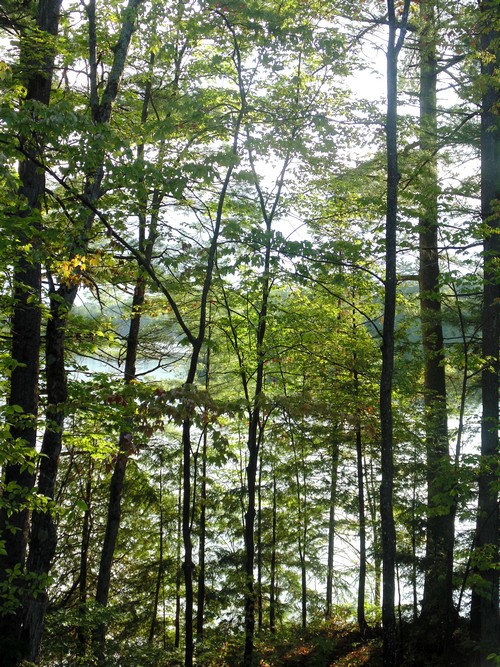 And a walk with bells on. 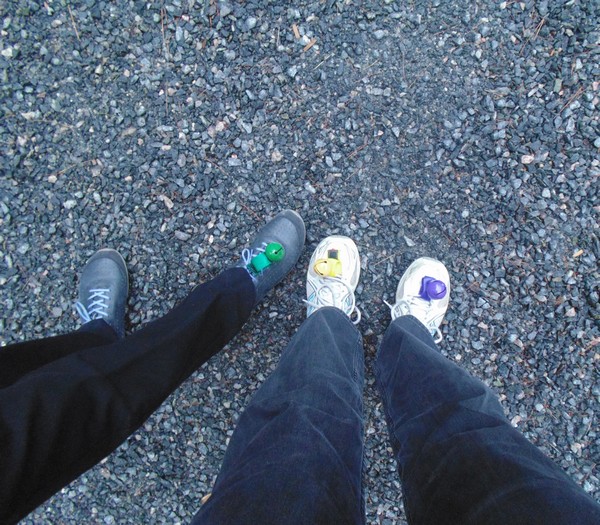 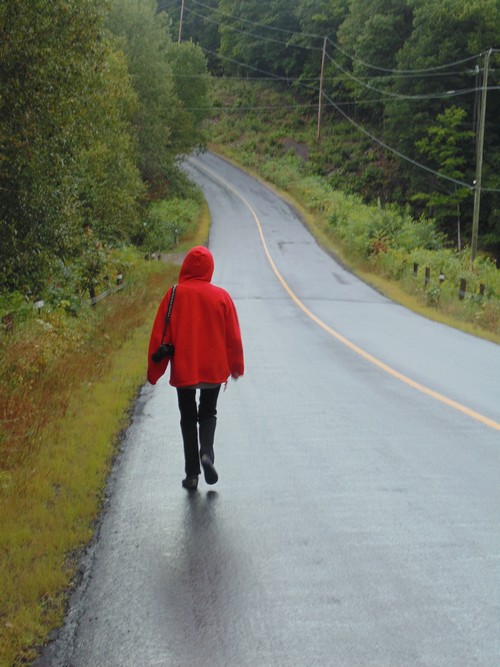 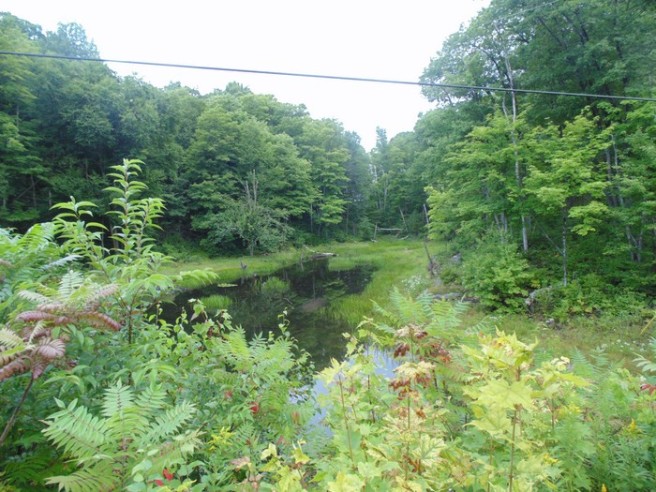 And by the time I leave bear country, I have learned three things:

1) There are no shortage of bees in these parts. 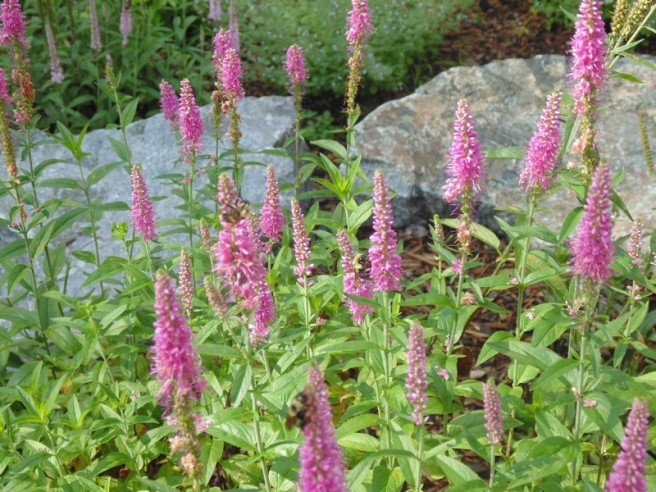 2) The essentials for survival are simple: 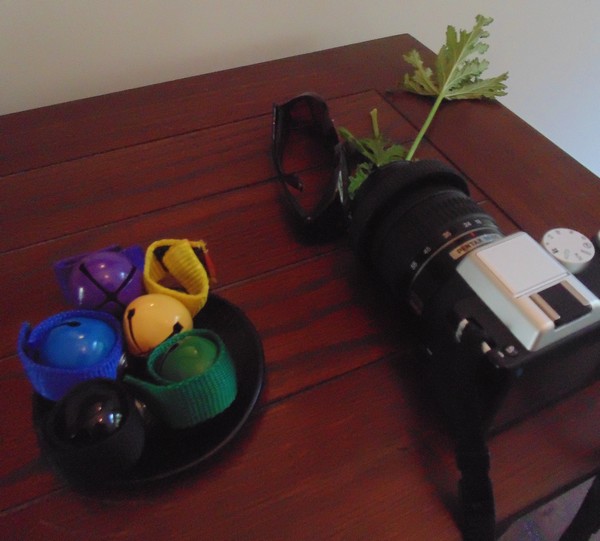 3) Most importantly, should a bear manage to break through your curtain-less windows in search of your contraband peanut butter, or is drawn to you by the scent of recently BBQ’d salmon on your breath, or you encounter one anywhere else, whatever you do, do not buy the myth of playing dead. This, apparently, only assures the bear that you are in fact deceased and it will use you as a hacky sack. (This comes to me via my house-in-the-trees-at-the-end-of-the-lane host, and is largely paraphrased. But you get the point.) (Oh, and it only goes for black bears. If you encounter a grizzly, do whatever you want, you’re pretty much toast.)