There is evidence of activity at the shoreline—

Someone has shuffled about in the sand, skipping stones maybe, or staring at the horizon, cloud formations, a sailboat…

It’s almost as though someone else has been here.

But no. It feels too private, this place where I walk.

Except for the litter, the footprints, a name drawn with a stick, except for all that, surely I’m the only one ever to have been here.

Right now, that view, this red sky that delights me (possibly because I was a sailor in another life, a pirate according to a woman claiming to know such things; but I don’t like sailing, I explained. Ah, she said, that’s likely because I went down with my ship.) 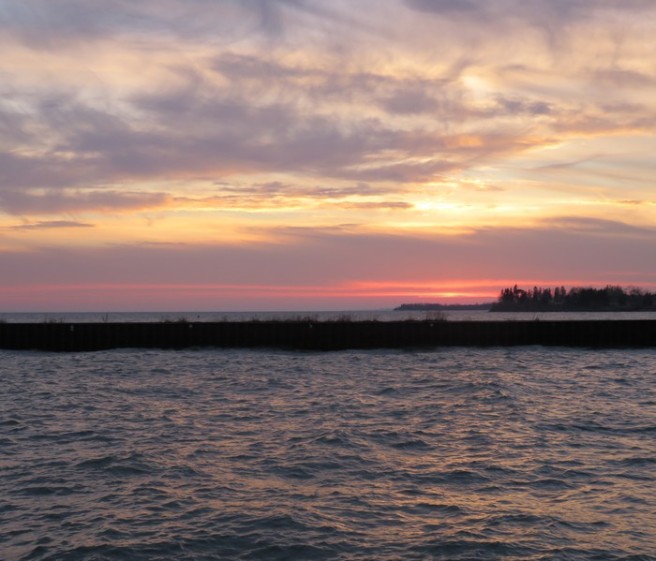 And no one—not pirates nor stone skippers—has ever seen it exactly like this.

4 thoughts on “this sky at night, my own delight”