I’ve known ‘mo’ since the 80’s when we were both working in various ends of marketing at a big ugly corporation. More importantly, we used to have lunch together. She with the perfectly made sandwiches carried in properly sized Tupperware made for exactly that purpose; beautifully wrapped and sliced fruit; an exquisite wedge of cheese. My lunch, on the other hand, amounted to a few slices of salami and unbuttered rye bread crammed into an old sour cream container as I flew out the door in the morning… to be unfolded and assembled later. Sometimes a going black banana. She found all this amusing.

I lived in Toronto then, the magnificent centre of the universe, and she didn’t, which I found both odd and amusing. She lived in a town, you see. A town with county carnivals and music in the park on Wednesday evenings. Bring a chair and bug spray, that kind of thing. Or so I gathered from the stories she told. I’d never been there. I lived in Toronto, remember… who needs to go anywhere else?

On Monday mornings I’d ask about village parades and swatting flies on the porch. I was young and cheeky. (And—because it can never be stated often enough—I lived in Toronto.) Eventually, we went our separate ways, she to work in publishing and me, I moved around a lot… jobs, apartments, cities, continents. But we never lost touch. And this was well before the internets made keeping in touch easy as pie.

Eventually the small town got too big for ‘mo’ and she moved to an even smaller place. And me, well, as it turned out, I eventually moved to the very same hicksville town ‘mo’ used to live in, the one with the flies and the porches and the parades.

Tell me that’s not amusing.

—A few things I know about ‘mo’: she doesn’t like to go barefoot, she’s been a vegetarian since childhood, and I’m pretty sure she still makes a precisely sliced lunch.

How long could you go without talking? All day.

Do you prefer silence or noise? Silence.

How many pairs of shoes do you own? Five.

If you won the lottery? Help those who need it, but without adversely changing their lives.

One law you’d make? Disrespect would be illegal.

Unusual talent? Pitman Shorthand. (which is properly done with a pencil, not a pen)

Have you or would you ever bungee jump? No. And no.

What’s the most dare-devilish thing you’ve done? Crossing a rope bridge in British Columbia. No idea why I did it. And the worst part was I had to come back the same way.

What tree would you be? A weeping willow; they’re quiet and I love those swaying branches.

Best present ever received? A brand new Remington Rand typewriter when I was sixteen.

The last thing you drew a picture of? I doodle all the time but I don’t draw. So, a doodle.

What [past] age is your favourite? My twenties.

Would you go back if you could? Yes.

Describe your childhood bedroom. It was small, a box room they were called, with a bed against the wall. My dad made a side cupboard for toys and a corner cupboard. I begged him for a drawer in the corner cupboard, which I realize now would have been tricky to make, but he did it.

Describe your childhood kitchen.  It had a bay window; the sink and small work space overlooked the large garden. There was a tiled window ledge all around the inside of the bay window. There sat the soap dish, metal and in two parts, the water from the soap would drain into the bottom half. I loved giving it a good clean!

We had fitted cupboards–Dad made those. He also installed extra work surfaces where he could. The stove was in a corner all on its own, bit of a pain really because there wasn’t a work surface nearby.

The back door off the kitchen led to the side of the house, it was always open when cooking cabbage or chips,  and made the house very cold. The pantry led off the kitchen and had a cold stone, Dad fitted a lovely glass door on it.

There was a little barrel with a lid tucked away into a corner, I loved that as a child, sitting on it, or putting things inside.

We had a washing machine.

I don’t remember the colour of the walls, but the floor was a rusty mottled linoleum.

The cookies were kept in a biscuit barrel on the bay window ledge in the living/dining room. All the windows in our house were bay. Made for much bigger feeling rooms.

Afraid of spiders? Not afraid, but don’t like them. Wouldn’t kill one though.

Least favourite teacher and why? Mrs. Jenshaw, she taught English and was very strict and I was scared of her more than anything. As a teacher she was actually very good; I learned a lot from her.

Best thing about people in general? I’ve got no time for people, give me animals.

What flavour would you be? Cherry.

What would you come back as? A cat.

Favourite saying: Give over! 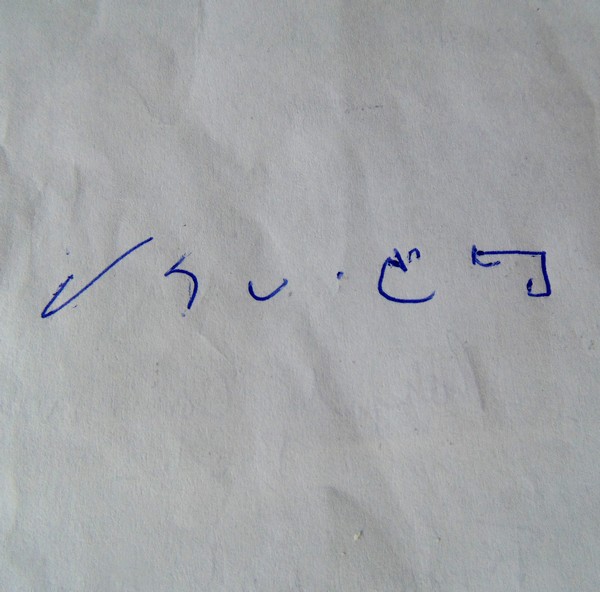 One thought on “five frivolous minutes over cheese al fresco, with ‘mo’ — age 65”