What he taught me:

Keep your vice closed at night.

For anyone without a dad-with-a-workshop, a vice is a clamping gizmo attached to the work bench… He obviously had great hopes for my future in carpentry.

The deal was he wouldn’t teach me to drive until I stopped biting my nails. So I stopped. Then he taught me to drive by yelling at me from the passenger seat. This did my nails no favours.

A parking lot is the most dangerous place in the world.

Especially during the holiday season…

Happiness is a warm potato.

I once found him sitting on the stairs between the kitchen and the back door, eating a just-boiled potato with butter and salt. He shared it with me and as I sat there on the floor with him I thought — I knew  — it was the best thing I’d ever tasted.

Pioneers did too have aluminium foil.

They apparently wrapped their just-caught, so-small-it’s-barely-legal fish in foil then tossed the package into a hole dug behind their rented cabin and lit a bonfire on top, which, by the way does exactly diddly squat as far as cooking fish goes.

Do not answer a question, any question… with just one word.

It’s bloody rude!! he explained. (I think he might have regretted the lesson when I started answering simple questions in paragraphs and chapters.)

Spider!!!!! sounds like Fire!!!!!! when shouted by a small child from her bedroom in the middle of the night.

And when what’s been shouted is clarified, the dad who has rushed into the small child’s bedroom, will say oh for christ sake, is that all  but will take the spider outside before going back to bed.

If you get a chain letter and aren’t sure whether to make-ten million-copies as-instructed-or-you’ll-be-hexed… call the library!

Because the library knows everything. This was pre-internet but, still, libraries continue to trump in my books.

He also showed me that sitting can be an art, whether taking a break during or after hard work; it must be done with pleasure and deep contented sighs, coffee or tea, silence or words, alone or in company, and entirely without guilt. And that if you need a thing you haven’t got, see if you can make it before you go out and buy it. Not to save money but for the satisfaction you get from being clever and using stuff that’s just laying around anyway. He taught me about seeing and wondering and imagining impossible things that might just be possible and he showed me how to laugh until my stomach hurt in the best way and that even the strongest, tallest people in the world will cry sometimes.

In the months before he died I sat with him, a sense of pleasure at being in his company, thin contented sighs mixed with something else, often in silence, with tea, reading Emily Carr’s Growing Pains , holding his hand as he slept.

The things that stick. 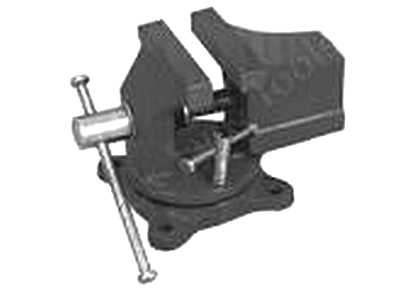 6 thoughts on “things that stuck”