Found on the Bay of Fundy shore beside an off-the-grid cottage in a tiny Annapolis Valley fishing village where we spend a week in the woods without running water, indoor plumbing, a flush toilet, electricity and other what-you-think-of-as-essentials-but-really-aren’t.

Though I can tell you I missed a flush toilet.

But let’s not dwell on that.

Let’s cut straight to the hammock, where I spend several happy minutes despite a chilly drizzle. (It’s amazing how not having a flush toilet will automatically lower the luxury bar. Cold, damp hammock lolling felt downright hedonistic.) 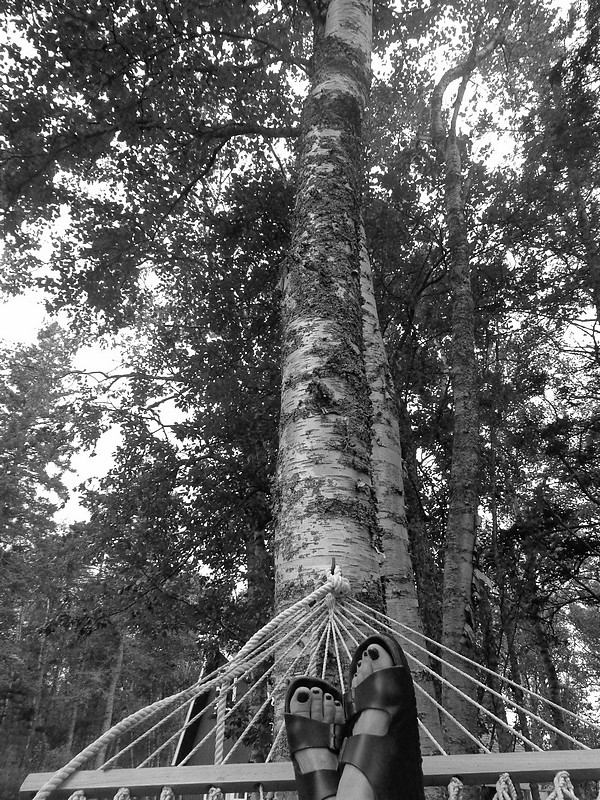 Note: this hammock break is taken while fetching logs for the wood stove, which has to be kept running around the clock as it’s the only source of heat. It’s also where we warm water (from huge jugs that are brought in) to wash our faces and/or have a sponge bath. No shower facilities inside. Although there IS a shower outside. And by outside I mean a sort of lean-to at the edge of the forest, with a hook from which you hang a ‘bladder’ (a large bag of water that has either been left in the sun to warm, or filled with water warmed in a pot on the wood stove). It’s about 7 degrees most days. I have one shower while there. And, surprisingly, it turns out to be quite brilliant, staring out at the tides as I soap up and rinse off, albeit, quickly. 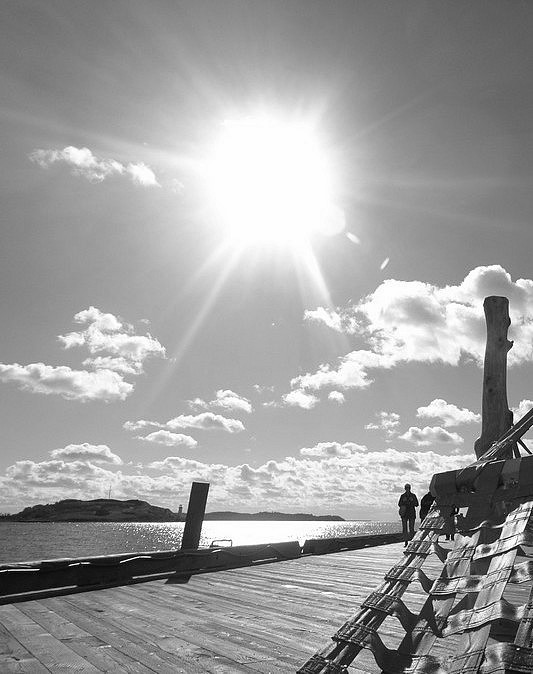 A few days later the wind picks up.

Do we care? No we do not. This town has heat AND indoor plumbing.