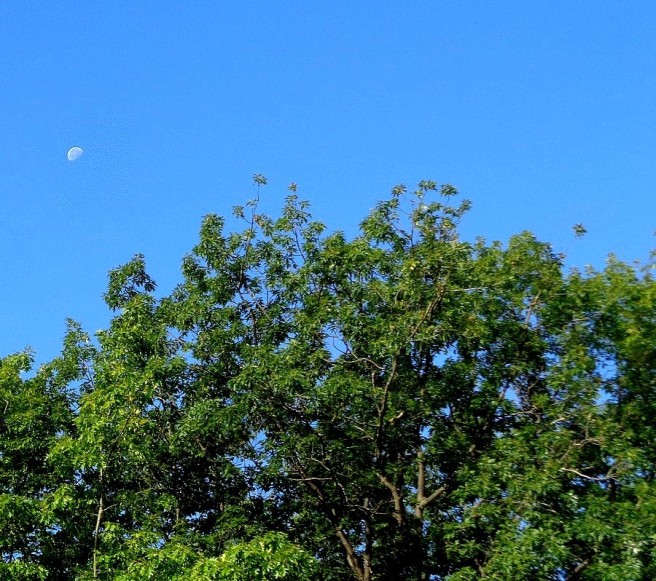 This morning I paddled under an 8 a.m. moon toward a bald eagle named after a British ski-jumper and thought about peaches eaten by a denturist in his dental chair while wielding a large kitchen knife… while I, manning my post at the front desk of his clinic, accepted dentures directly from the mouths of clients with handfuls of Kleenex that I (stunned) was able to quickly pluck from a box that was blessedly nearby. Such thoughts prompted by a discussion heard on CBC radio on the way to my paddling site, a discussion about once-upon-a-time summer jobs. The collecting of false teeth for the mad denturist (who also sent me to the liquor store during quiet moments to buy ‘medicinal’ bottles of brandy… that I was underage seemed not to be a deterrent, either to him or the liquor store… ah, them were the days) being my most memorable job, but there were others… some of which also included fruit. Picking strawberries, for instance. No fortune made. I ate most of what I picked and at the end of the season had zip to show for long days in a sunny field, except a tan and a rash.