Given the general hoopla dedicated to the Vancouver Olympics, Part One, I had this stupid idea— that is, I assumed —Part Two, the Paralympics, might also get some attention. 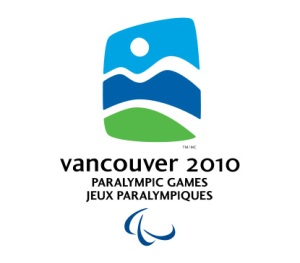 Not that I expected it would get as much of course. Good lord no. Afterall I understand that it’s hard for small-minded marketers to find the same promotional ‘qualities’ in visually impaired, armless, or wheelchair bound athletes. (Though why that is, I can’t quite fathom. One would think—if one were thinking—that not only are these men and women of the Paralympics extraordinary athletes in top physical condition—moreso even than the Part One Olympians when you consider things like cross country skiing without poles or downhill without sight—but their clothing and equipment must also be absolutely top of the line.)

Seems to me lots of marketing opps missed here.

But then, could be we’re dealing with teeny, blinkered brains in the corporate and marketing arenas where sponsors prefer spokes-models of a certain size and limb count.

Small brains seem also to reign pretty mightily over at CTV where, I discovered I will NOT be able to watch the Paralympic opening ceremonies tonight. That’s right, the official Canadian broadcaster for the Vancouver Olympics feels that the latest episode of Medium, an American TV series, is more important.

The opening ceremonies are on TOMORROW (of course, what a great idea!) after the games have actually begun.

Well, here’s news for the CTV Einsteins who came up with that plan—I’m a funny person, I like to watch opening ceremonies at the OPENING. (FYI: that means BEFORE the event gets rolling.) I might be alone in this, I don’t know.

consistently treated like some second class show  but when the show is being held in our own country, you’d think we might just deem it worthy enough to treat it with a little more  respect and dignity. And maybe, therefore, allow ourselves to be more broadly introduced to this incredible event.

Of course that would require intelligence and a certain kind of balls that apparently don’t exist in the CTV boardrooms where this decision was made.

To say that not airing the opening ceremonies is a slap in the face, not only to the athletes, but to viewers eager to share in the excitement, is an understatement. I’m puzzled to say the least. Embarrassed because I thought we were better than that. And more than slightly disgusted.

I never thought I’d say this, but God bless the internet.

Fortunately Part Two of the 2010 Vancouver Olympics can be seen here, live. Including the opening ceremonies.

Generously sponsored by Visa and Samsung.

One thought on “a slap in the face”