So I’m sitting around on the weekend the way you do, wondering how many shades of green there are in the garden. Peter points out there’s at least ten in a single hosta leaf, suggesting I may be wasting my time if I want real numbers.

“Imagine trying to paint them all,” I say as he quickly opens The Globe’s sports pages. “I mean, how in god’s name do you capture all those shades, how would you paint it, how would you know which green needs a dab of blue or orange or red or yellow or brown or black or—”

“And then there’s the light. How do you do the light, the dappled bits on the tops of spruce boughs, the dark bits underneath—I mean what colour is the spruce bough??”

He’s entrenched in his reading by now but I ignore that, continue sharing my amazement at green, the magic of painting, of nature, and then I start thinking about ‘doing’ green in other forms. What if, as an exercise, you asked someone to write it—in poetry, or represent shades of green through a short story, a novel, in music, or asked a dancer to interpret green in movement or an architect in design. Translate all that green to a blueprint.

Peter looks up from whatever the Jays are doing. “You’re going a little over the top aren’t you? Architects?”

“Why not?” I say. “Why not interpretation from every corner? Why not convey ‘green’ in meals and wine and quilts—”

Seems I’ve struck a note with his inner sommelier. He glances at the garden, starts listing wines, describing them, throwing words around: pine needle, pepper, herbaceous, crisp, damp woodland floor, grassy, stalky, vegetal, sun shower over Miami. Okay, I made the last one up.

“A festival celebrating the Art of Green. Green the colour and green the concept. You get funding, sponsorship from the corporates, they like to appear green friendly—get chefs involved, restaurants, galleries, the whole arts community, painters, dancers, photographers, wineries, farmers, writers, sculptors, potters, and, yes, architects. Different expressions of green in different venues: schools, theatres, cafes, vineyards, street corners, studios and—if there’s any still open—libraries. It would last a week in…hmm… maybe late Spring. There’d be posters of greenness and tee-shirts and book bags and the proceeds would go to some form of conservation—a save the bees fund or field trips for kids to learn about the environment, something…I haven’t worked that bit out yet.”

[Rustle of paper as he gets back to reading.]

He says he likes the idea, he’s just worried I’m about to organize a festival. I take a breath, sigh, assure him I’m not. I’d like to but it’s all a bit daunting and the fact is there are days I can barely figure out where to begin a new paragraph. Priorities. What I need to do is complete my novel before paper becomes obsolete. I know that. So, yup, for now, I tell him, festivals will have to wait.

“Unless of course someone else wants to organize it…” I say. “In which case I’m in.”

[Silence. Followed by more rustling of paper, followed by silence.] 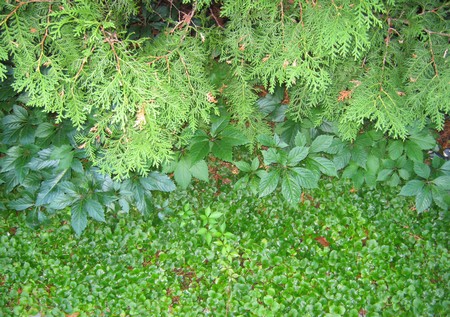