She is the most voracious reader I know. She also believes in the protective power of magic sticks when walking through parks late at night… not for wielding but merely to hold, letting the inherent magic do its thing.

She has canoed the Mackenzie River (**or was it the Fraser?), worked in the Sudan and claims France as her country of choice for a nervous breakdown.

Once, walking together along a sidewalk, a black cat crossed our path and without a word to each other—and without any idea that we both had a spontaneous ‘ritual’ for situations like this—I came to a complete stop while ‘ch’ did a pirouette. And then without missing a beat we continued on our way.

Over the years she has introduced me to expressions such as ‘gin memories’, ‘yars, yars, yars’ and, most recently, ‘pearls before swine’.

She has a perfect Lauren Hutton gap between her two front teeth and on any given day, if you phone and ask what she’s having for dinner, the answer will invariably include some form of eggs. She will deny that it’s that often.

How long could you go without talking?  To myself? Not long. To other people… days.

Do you prefer silence or noise?  Silence.

One law you’d make? I’d do something about legalizing drugs, with a drug education component.

What do you like to cook?  Soul food type bean dishes.

Have you or would you ever bungee jump? No.

Do you like surprise parties, practical jokes? No and no.

Best present ever received? A heartfelt thank you.

The last thing you drew a picture of? The sunflowers in my garden.

Favourite childhood meal? My mother’s mac and cheese with bacon on the side.

Would you go back to that if you could? No.

Describe your childhood bedroom. Shared with sister, double bed, played games when supposed to be sleeping; ‘Fighting Feet” was one.

Afraid of spiders? No. In fact I love them. The non-toxic ones, I mean.

Least favourite teacher and why? Geography. Was sent out of the room because I objected to something. Sent to V.P. who understood my position… so it turned out well.

Favourite children’s story? The Grand County Fair.  “…Come to the fair, the grand county fair, with horses and sideshows and fun everywhere.”

Is Barbie a negative role model? No.

No???  No. Who takes Barbie seriously?

Best thing about people in general? Connection, when people ‘get’ each other.

What flavour would you be? Lemon.

What would you come back as? A more evolved person, hopefully. 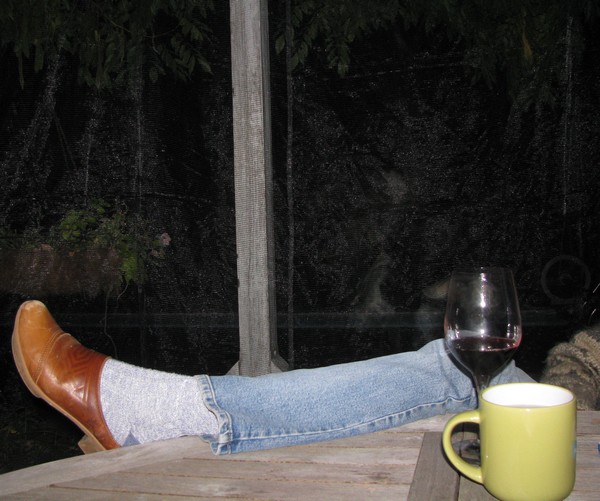 *Five Frivolous Minutes is a series devoted to non-essential questions and answers. It amuses me.
** It was the Mackenzie, I’ve been told. The Fraser has rapids.