Except for the daring blue heron that wades in the creek up to its icy blue thighs, and the black and white bird that watches from an overhead branch. No idea what it is. Magpie?  But we don’t get those here… I haven’t seen one since Edmonton in the eighties when everything was a revelation. I had a friend there who grew up on a dairy farm so we spent a lot of time in the country. That’s where I learned that magpies aren’t exactly the most beloved birds. Also, that you can drink directly from a cow. No middleman or cartons required. This was big. I didn’t believe it at first. Could not fathom that a tin bucket in the kitchen was what I was meant to ladle milk from for my Cheerios. One afternoon I took a walk in the back forty, picked some flowers, brought them inside, found a jar and filled it with water, a gift for the dinner table. When my friend’s mother came in she said Where did those stink weeks come from? It’s true that there was a very distinct and un-gift-like odour in the room… I’d assumed it was the fermenting milk.

Uneventful, except for the above and a dove too— just because the sight of them always makes me happy. They needn’t be doing anything and they usually aren’t; something about their shape pleases me, the way they look to the left, the right, left again, as if always curious, forever surprised at the sameness of things. And a blackbird soaring above yellow and crimson leaves, circling and dipping and dipping some more, just because it can. A sparrow hiding under a Toyota Camry, or maybe just keeping out of the rain. 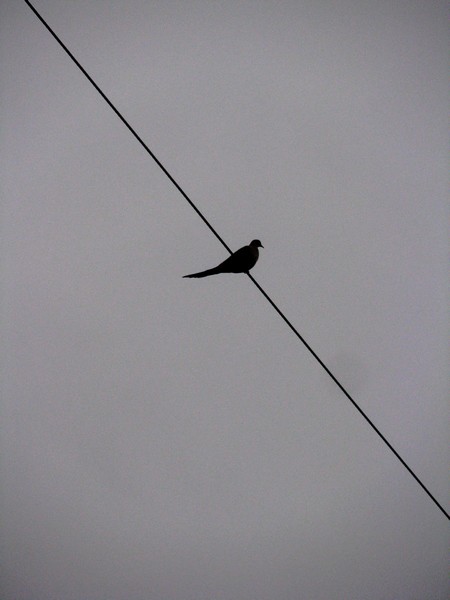 And a man in his eighties, wrinkled from laughter, bright-eyed and sprightly, carrying two logs from the back of a house where I hear a chain saw working. He tells me he’s looking for volunteers to help… I tell him I’ll help him look, send them all his way. I circle the block and when I pass his house again, he’s there carrying more logs. He laughs, calls out, says in a wink-wink tone, “You haven’t forgotten where you’re going have you??” I realize the fact that I’m carrying a full shopping bag makes it look as though I should be heading home with my groceries, not strolling about the neighbourhood. I don’t tell him the bag is full of litter… I’m simply pleased that I’m finally worthy of insider status to an octogenarian’s joke… 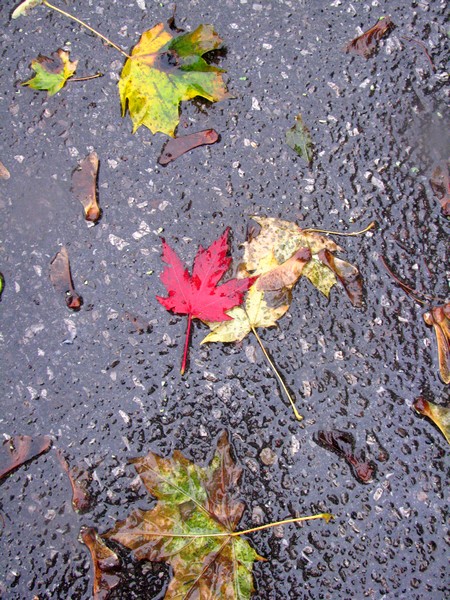