The first gift was finding my old lumber jacket in the trunk of my car, in my Survival Box, which also included a flashlight that didn’t work and inedible chocolate. 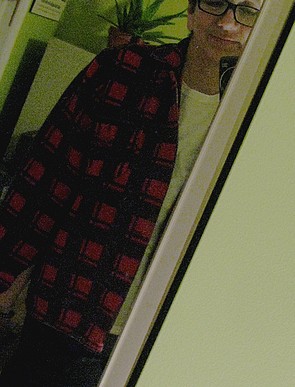 The second was doing the debit machine at the grocery store without my glasses and when it said did I want cash back I pressed ‘Yes’ by mistake. I swore and the cashier said “Everything alright?” I said it was and happily received $20. I felt rich.

#3 was receiving a xmas card from a friend I worked with almost 40 years ago and haven’t seen since. It occurred to me that it’s a small miracle we’ve managed to keep in touch through all our moves. We’ve never talked on the phone, or exchanged email addresses. The only time we’re in touch is December, with whatever words can fit on the inside of a card… no white space.

The fourth was a passage recently stumbled over in Douglas Coupland’s 2004 Souvenir of Canada 2. The original is also a joy. As is City of Glass.
My favourite kind of reading: words about the ordinary laid down in such a way that makes you realize nothing is ordinary…

This is from a piece called ‘Zzzzzzzzzz…. The Sleepy Little Dominion’, essentially a love letter to Canada. It begins with the memory of hatching Canada goose eggs in a Johnny Walker box with his brother.

“When [they] hop out of their eggs, they’re turbocharged little bundles of fluff-packed fun… goslings are alert, affectionate, trusting, curious, loyal and entertaining—the exact characteristics we also treasure in our human friends. It was pure delight to watch them tumble and peep daily across our lawn, pond, patio and (J-Cloths in hand) kitchen floor. Because of their innocence, everything was permitted.”

They become part of the family, snuggling for naps with humans and family dog alike.

“By August, though, there was no denying that [they] were now geese, and the time had come for them to fledge… As we had no rules to follow, we simply corralled them … at the top of the cul-de-sac and ran down the hill flapping our arms—and they followed us.”

He goes on to describe watching the first moment of their flight and even though they immediately return to the yard, “you could sense the wildness leaking into their souls.”

Eventually the birds do leave and settle, temporarily, at a nearby lake and when Coupland and his brother call them, they still respond, and even return to the house a few times.

“But then came the next year, early spring. The geese would come home just once. They would land on the roof, always in the morning, and they would honk as if the world depended on it. In robes and T-shirts, we’d run out onto the lawn to look at them there on the roof’s apex. Once they’d seen us, there was a brief moment when it wasn’t humans and geese, but simply a group of friends happy to be together and alive.

“Then off they flew. Just like that. They’d done their duty, and now they vanished into the wild. I’ve spent my life trying to articulate just what that specific wild was they returned to, for that wild is Canada, and when I think of this country, I think of where the geese go when they leave home.” 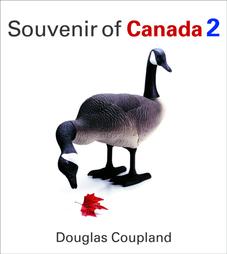 ***
Gifts five to twelve are here.

11 thoughts on “the first, second, third and fourth gifts of the season”