It begins, as most stories do, on a dark and stormy night in Edmonton. Nineteen eighty something. The storm was made of snow and arrived without warning at the end of the work day. Normally, this would have meant nothing more complicated than standing at the bus stop for a much longer than normal period in the whipping wind and infamous Edmonton but-it’s-a-dry-cold  minus forty temps. [They tell you that dry part as if it means your fingers won’t snap off as easily as if it were a wet cold.]

But all was not entirely normal… for that very day at lunch I had purchased a hamster cage.

Why? Because the sign said this: Buy A Cage and Get a Hamster FREE!!

And so I had walked back to my office carrying, in one hand a hamster cage, cedar shavings and hamster food, and in the other a hamster in a cardboard box. Then I asked a guy at work to please transfer the furry little cherub from box to cage because a) I couldn’t imagine touching it myself, and b) the cherub was rapidly gnawing its way through the cardboard.

The guy’s name was Fred and now so was the hamster’s.

It might have been a reasonable enough series of events were it not for the storm. Suddenly the idea of standing in the but-it’s-a-dry-cold, waiting for a bus that might be hours away, wasn’t on… not with a hamster named Fred in an open-concept cage. I called for a taxi and was told the wait would be at least two hours. Undaunted, I did what anyone in this situation might do—I walked over to the Four Seasons Hotel [Fred’s cage wrapped inside my coat] with the genius plan of hopping into one of the many cabs queued up outside the front doors.

Except there was no queue.

Well, the next logical step is obvious. I took solace in the hotel lounge… Fred on one chair, me on the other. A glass of wine between us. No need to panic. [Animals can sense fear.] We’d simply wait until a cab arrived. In the meantime I ordered something to eat, offered my companion some lettuce, and was grateful no one enforced the No Rodent Rule, [which I’m assuming is one of those things that gets waived during acts of god].

We eventually made it home and Fred seemed content enough with his new digs.

The story becomes considerably duller from here on out, mostly involving a wheel on which he ran several times the circumference of the earth.

I’ll spare you the scampering, squeaking, cedar scented details, other than to say I did, eventually, touch him but never loved the feel of his squirmy rodent-ness.

My tiny-toed flatmate lived to a respectable age and rests in a backyard on the south side. 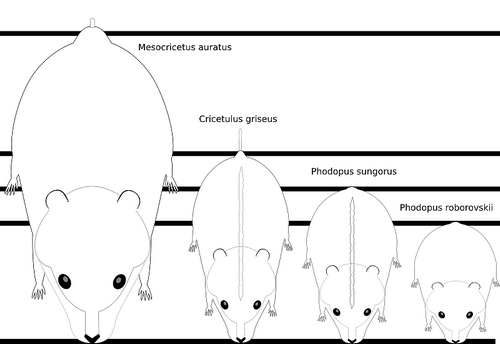 4 thoughts on “the story of fred (a winter’s tale)”