I discovered a beautiful thing today. 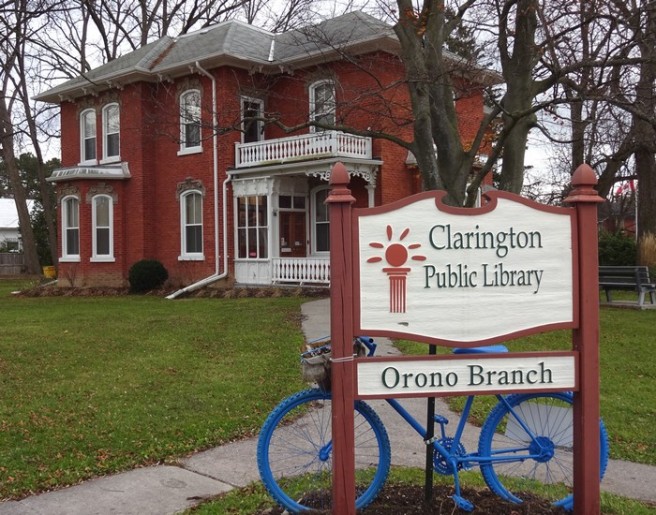 A library in a town I’ve been to three thousand times. I don’t know how
I ever missed it other than to say I was likely distracted by the bakery.

It’s in a house built in 1882 for $450. Originally owned by the Waddell family, local furniture magnates. They also owned a hotel in town and had some doings with a cheese factory. Big money in cheese.

No official library in those days but there was a makeshift sort of lending service using 34 books the townsfolk gathered up and kept in various shop basements where, on various days, you could take out the latest best seller. 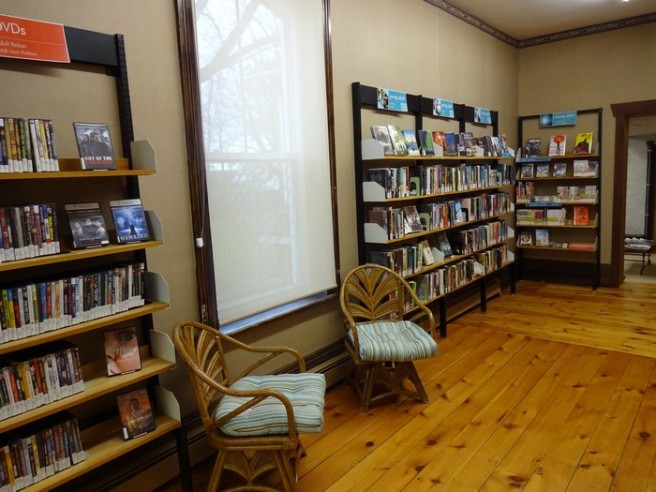 One of the Waddell children, a lad, tried to start a flax business. I like his style. Sorry it didn’t work out.

And, this is interesting… the Waddell daughter, in 1903, became the first Canadian woman to join the American Mathematics Association, which included women from not only the U.S. but the U.K., Canada and Europe. 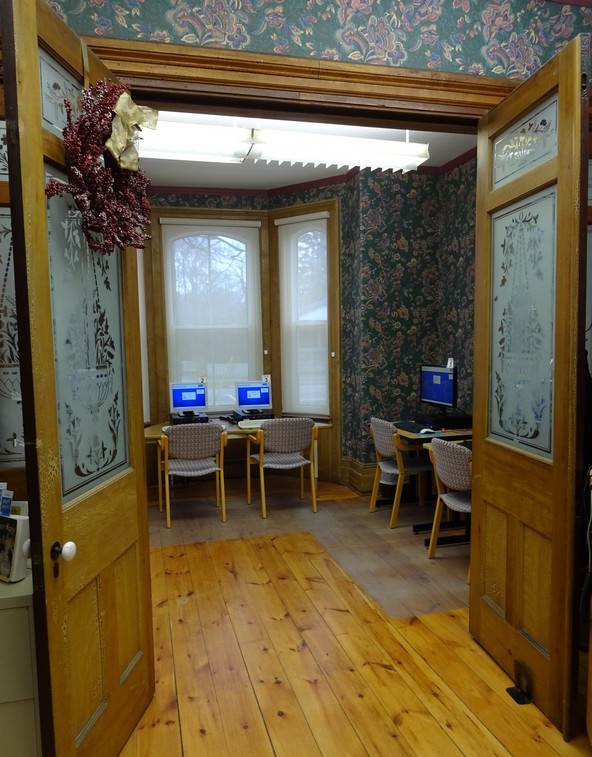 In 1969, the house was purchased by the Township Library Board and voila, presto bongo, the library opened in 1970, looking very much like a house with many books.

I love how they’ve kept it authentic in feel. The ceilings are high. The floors are original.

And it’s so, so, so… quiet.  Which is something I miss in libraries. (Whatever happened to stern women with buns shushing everyone??) 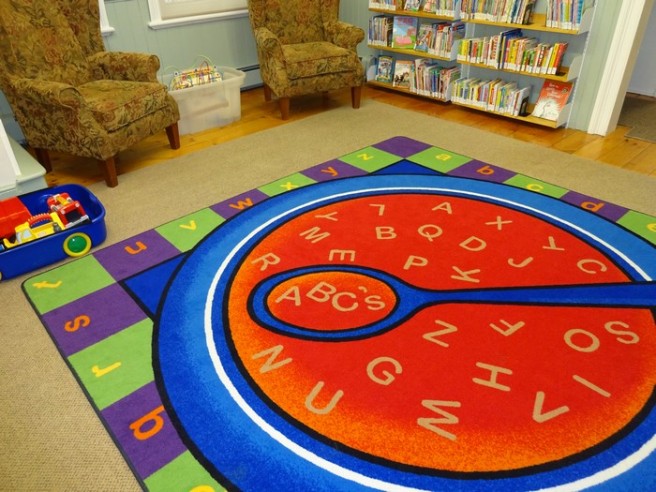 I’m told there was talk some years ago of closing it down because it doesn’t meet somebody’s idea of “adequate usage” or whatever, and the town went ape shit and, long story short, the adequate usage people decided to keep it open.

Going ape shit for a good cause is not to be under-rated.

And because this gorgeous bit of brick and mortar history—and the slice of sanity it provides—isn’t enough on its own… you’ll be happy to know it happens to sit on an acre or so of treed land with oodles of parking and a large gazebo that begs to be read on.

As in what a great space for a literary event.

The Juan du Fuca Literary Event we could call it.

An ocean of flax would be our logo.

And something with cheese.