One of my favourite books is Drinking the Rain,  by Alix Kates Shulman.

It’s about how, at the age of fifty, Shulman runs away for the summer to a rustic cabin on an island off the coast of Maine and has all kinds of little epiphanies, mostly about her relationship to nature. Having grown up and lived her whole life in New York City, it has never occurred to her that nature is especially significant except as a nice place to visit now and then. 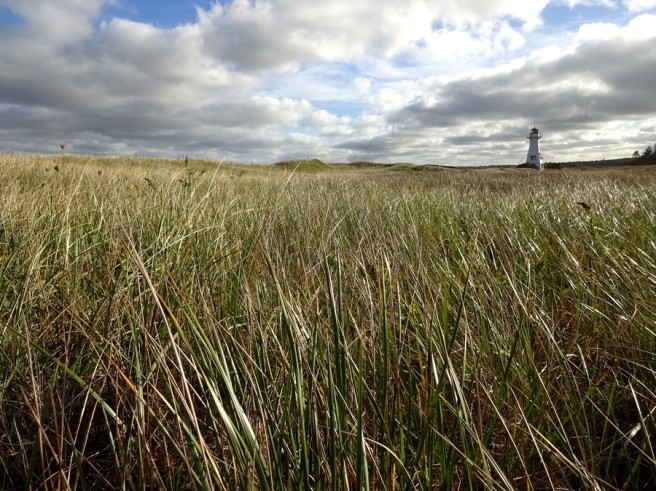 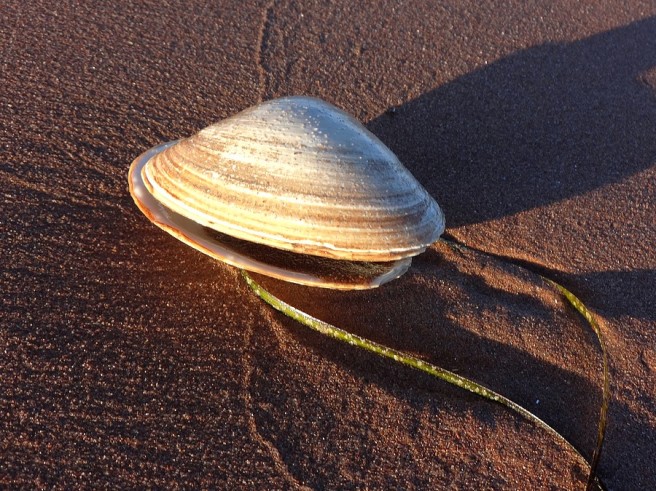 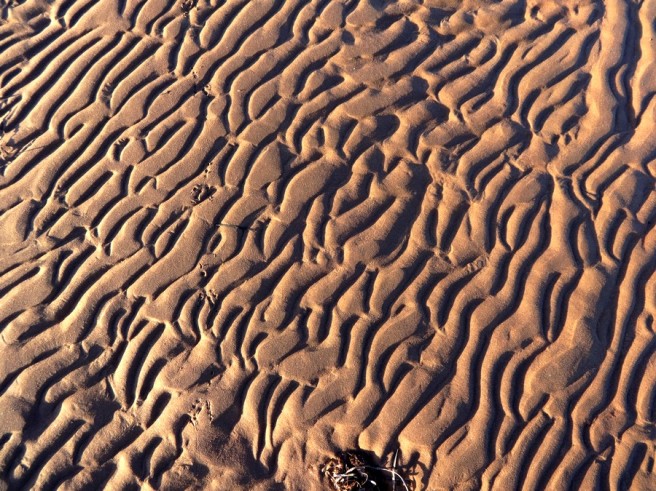 She returns to the cabin every summer for years, each time trying to bring the feeling of these epiphanies back with her to NYC in the form of shells and bits of seaweed and eating the way she did on the island, but apparently it’s hard to forage in Manhattan. So it never feels quite the same, it feels ridiculous in fact, this tree-huggy approach to life once her feet are firmly back on pavement. And it bothers her, initially, that she has to divide herself between this new sense of exhilaration and freedom as the island person and the reality of living most of the year in the city. 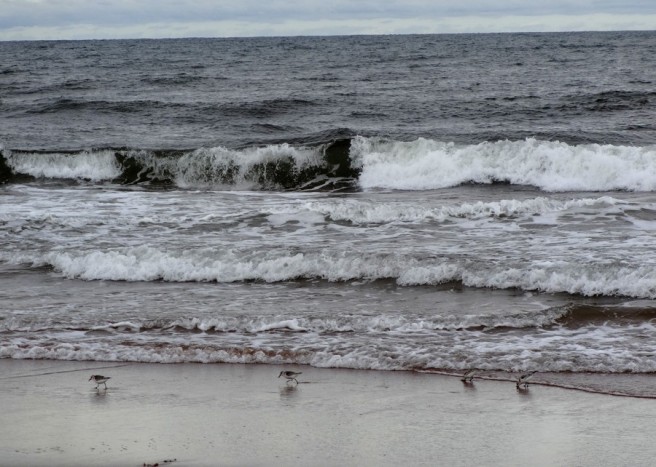 The book is about finding her way to being both sides of herself, regardless of where she is.

But this post is about PEI, my personal choice of islands to run away to. 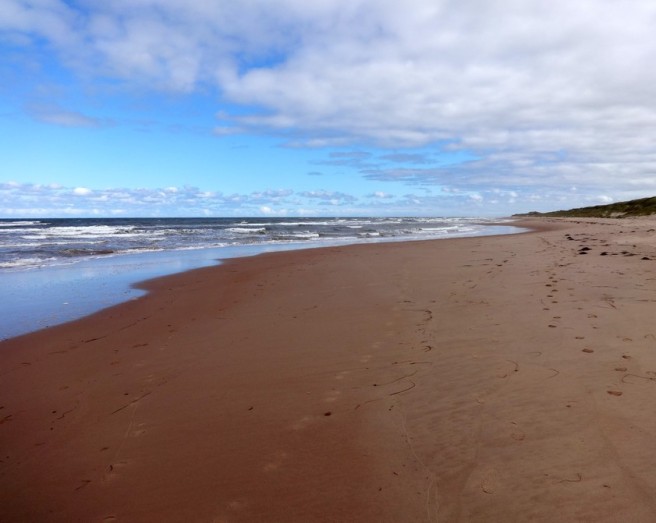 There is magic there, and when you feel it you understand why islanders want so very much to protect it. The first post I did in this Week of PEI  was one called ‘Home and Away’… I get it. I’m grateful there’s so much love of place from those who call it home. 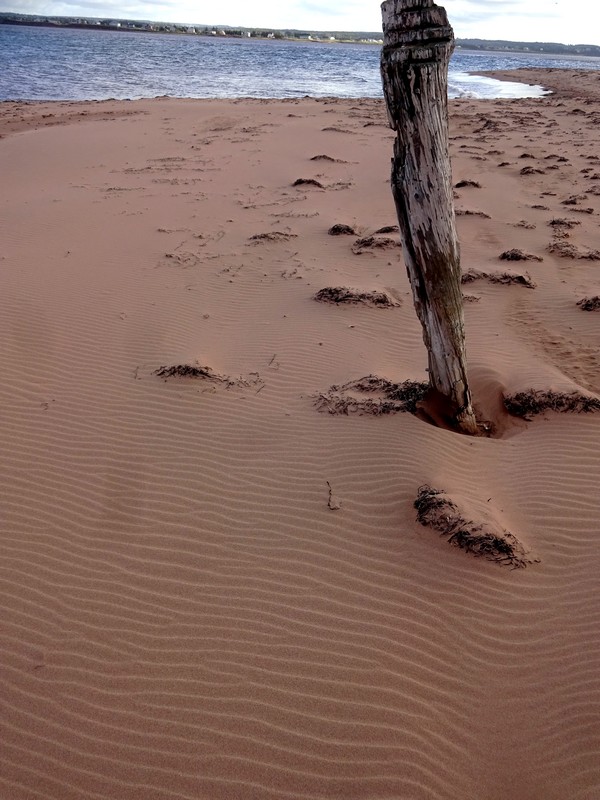 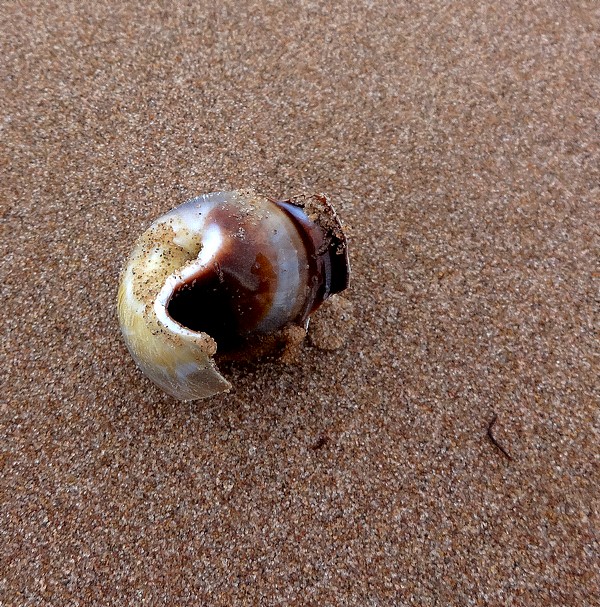 The island’s magic is in good hands.

I also get what Shulman says about the island vibe and how you can’t bring that back to wherever you live, but what happens is maybe even better because if you embrace that feeling, gather the moments, the essence of the place, like stones on a beach, and tuck them inside yourself… a kind of alchemy happens… those moments hold bits of energy that change who you are, wherever you are. 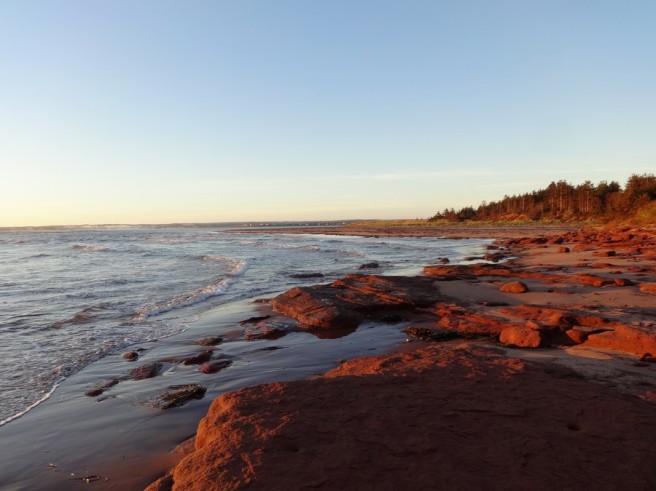 I bring back stones. And shells. And sometimes accidental seaweed. 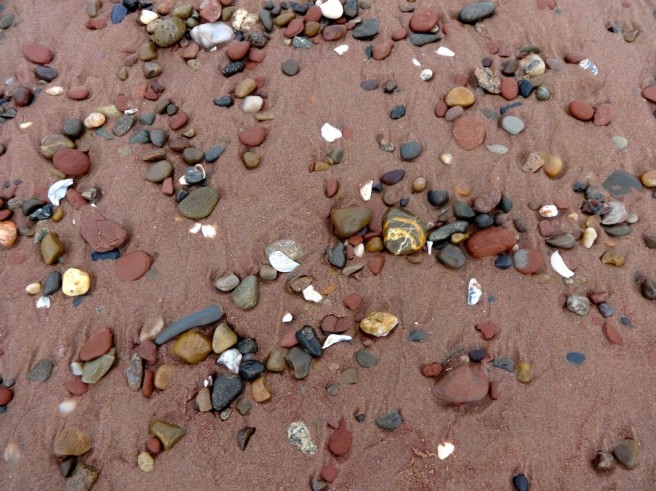 Hanging out with the buoys. 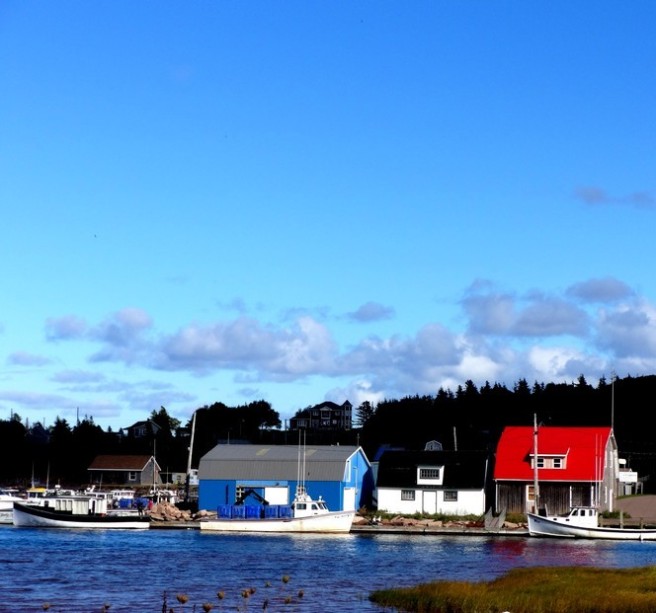 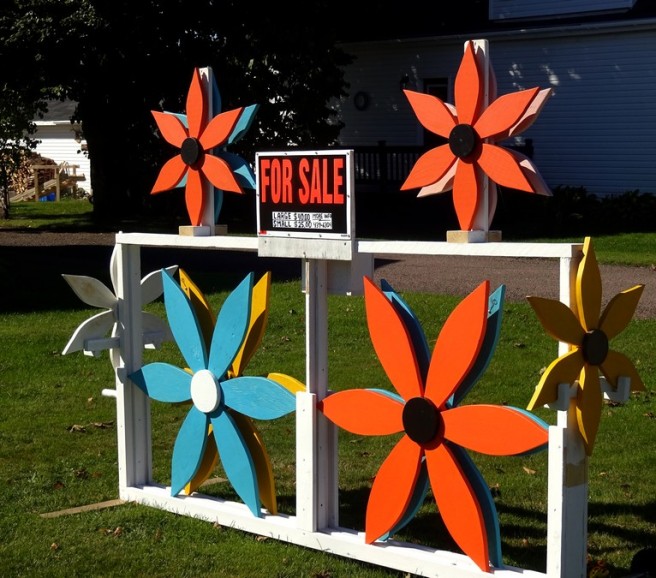 There is no reason NOT to paint your doorways green and purple. 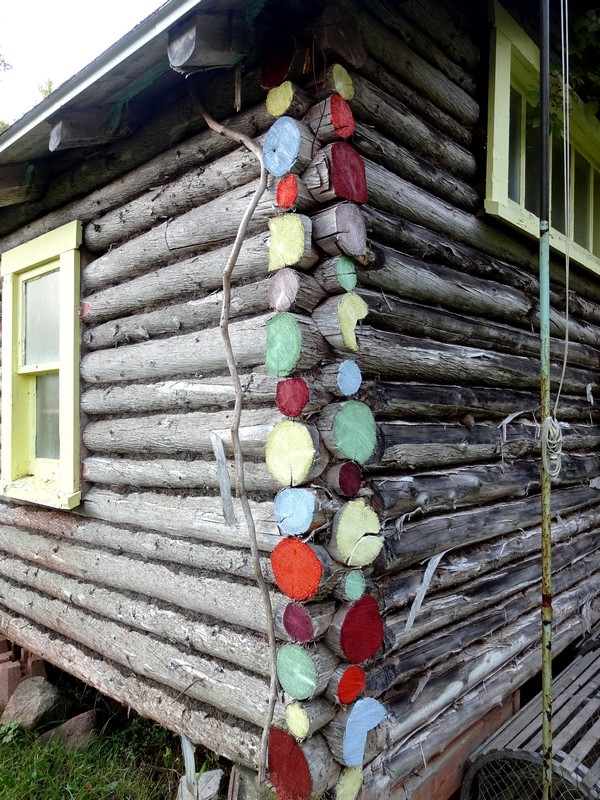 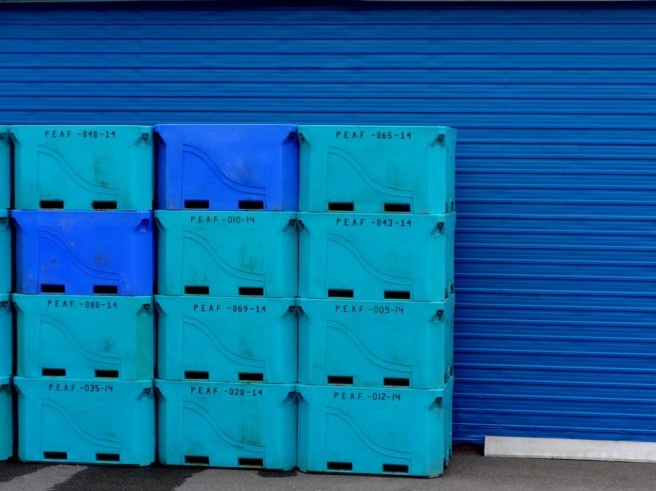 Enlarge this to really revel in that blue blue… 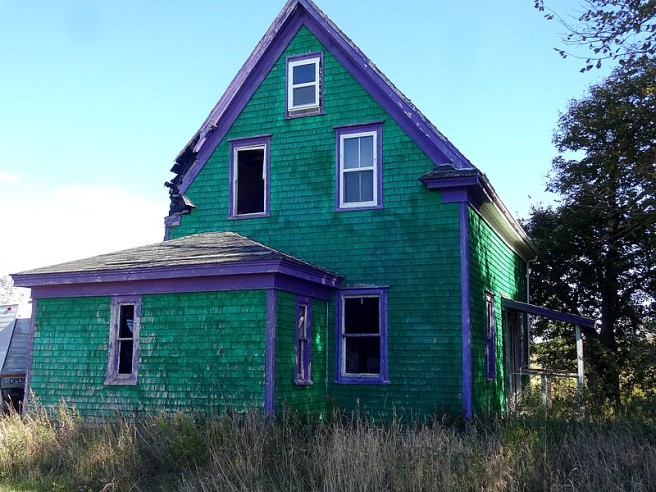 Again with the purple and green. An island thing? Can anyone explain?

I don’t know that it’s possible to have lime green doors and be a pessimist, or even uncheerful. 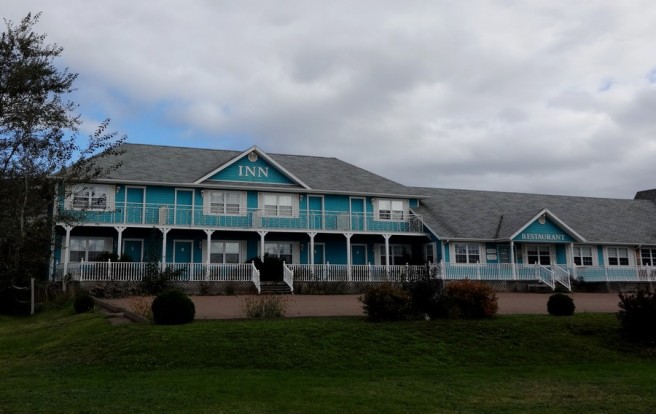 They could have painted this white but, cleverly, didn’t. 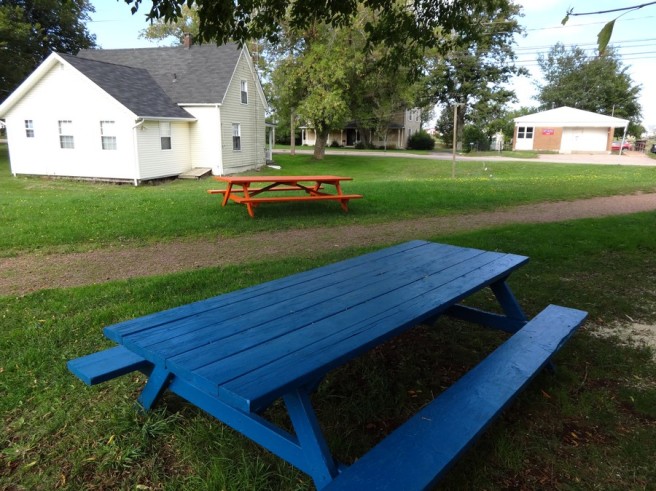 Tables with view of post office. (Actually this is right next to the sweetest bookshop/cafe/bike shop just outside St. Peter’s.)

Is laundry on a line not a thing to be besotted with? 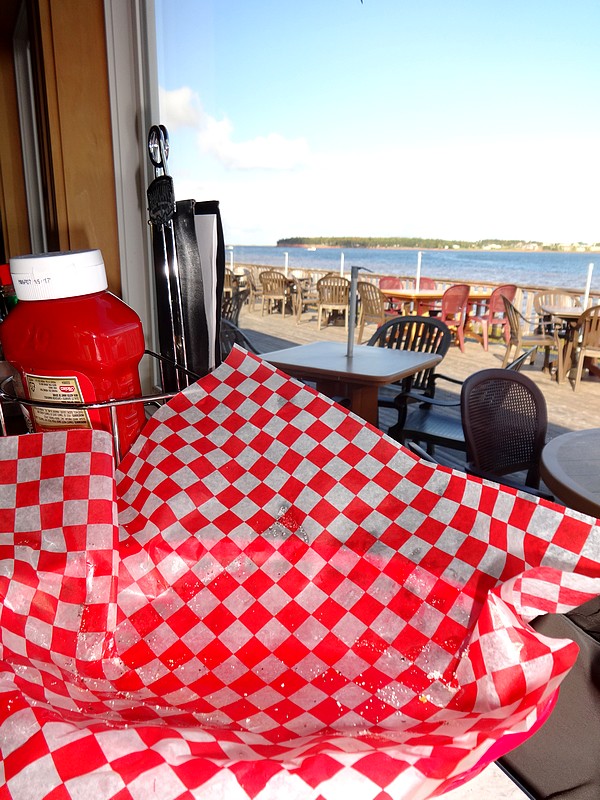 Too late. All gone.

In Cavendish, PEI, heart of Green Gables country, with its bus tours, souvenir red braids, Anne Shirley motels and carriage rides with Matthew Cuthbert himself, there’s a scruffy little path off an unassuming parking lot with a simple sign telling you the path leads to the site of the house that Lucy Maud Montgomery grew up in and lived for most of her time on the island. Where she wrote her earliest books. It’s where Anne of Green Gables was rejected a number of times and the only reason Montgomery didn’t give up submitting was because the post office was very near by.

A gem of a place.

The path, all brambles and apple trees, leads to a garden and the foundation of the old farmhouse. Montgomery has written, in her journals or letters, about coming around this very corner, seeing the lights on in the kitchen and the feeling of comfort that gave her.

There’s no hoopla. No Matthew, no Lake of Shining Waters.

What there is is a small humble building, part bookstore (thankfully no gift shop) with an excellent selection of Montgomery’s work, and others, mostly about PEI… and part collection of things to look at, photos and letters, etc., that belonged to Montgomery. And there’s a woman named Jennie Macneill who’s eighty something and whose husband is related to the grandparents who raised Lucy Maud. He grew up on this acreage and together they’ve preserved the site and put up signs and built the bookstore and Jennie gives brilliant and heartfelt talks on Montgomery’s life here.

She does this as a labour of love. She’s Montgomery’s biggest fan. 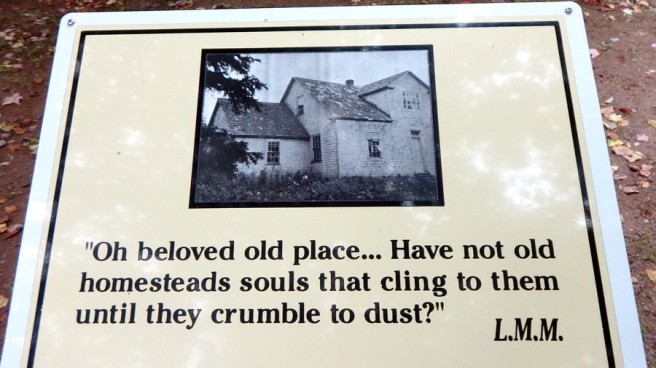 Not a whiff of faux Avonlea. No green gables. This is the real deal.

And it’s this realness that may be why there are no crowds here. A few people wander in and then out again… One young woman even walks away from Jennie’s talk claiming she’s a fan of Anne Shirley, not the author. There’s a sense of wanting entertainment or to be whisked from one thing to another.

The faux Avonlea a few minutes drive away is busy; I saw it coming in. A bus tour was disembarking. 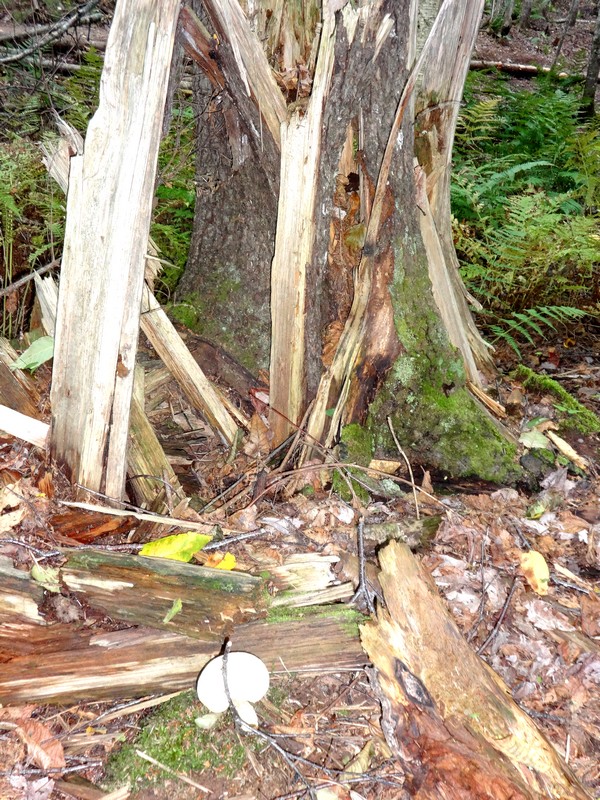 Nearby are woodland trails Montgomery walked to school, to the post office, to hang out with friends. Only a few people bother to walk them and those that do, speed through. One couple asks me if there’s anything to see up ahead. When I say, well, forest… they turn around and say they’ve already seen enough of that.

But first they ask me to take a picture of them smiling big, hugging. Then they hightail it out of there. 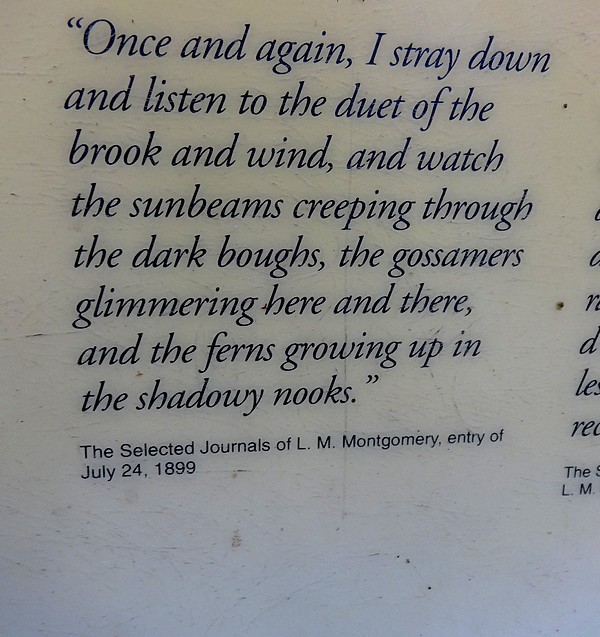 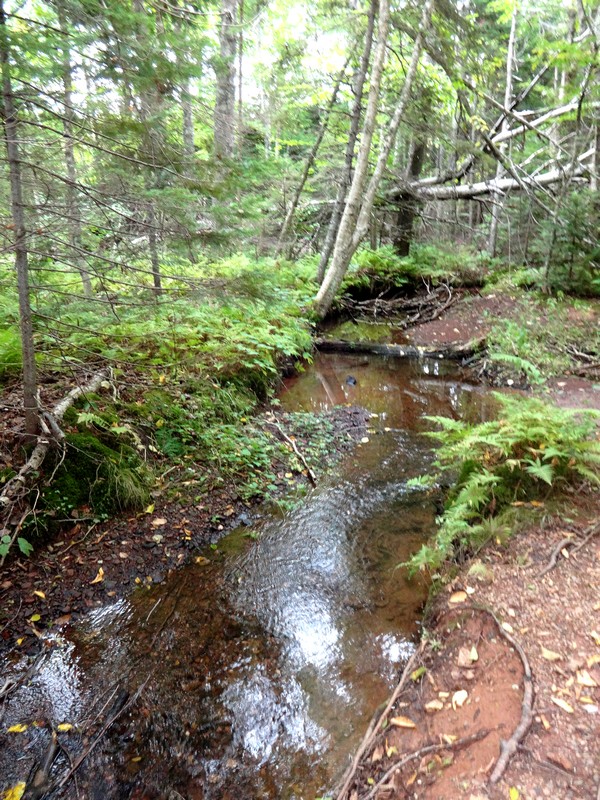 Jennie says that one of the apple trees is over a hundred years old, that it would have been around in Montgomery’s day. It’s still producing a few apples. She thinks that maybe its enduring nature is because the tree approves of what they’re doing here, that it feels their heart. 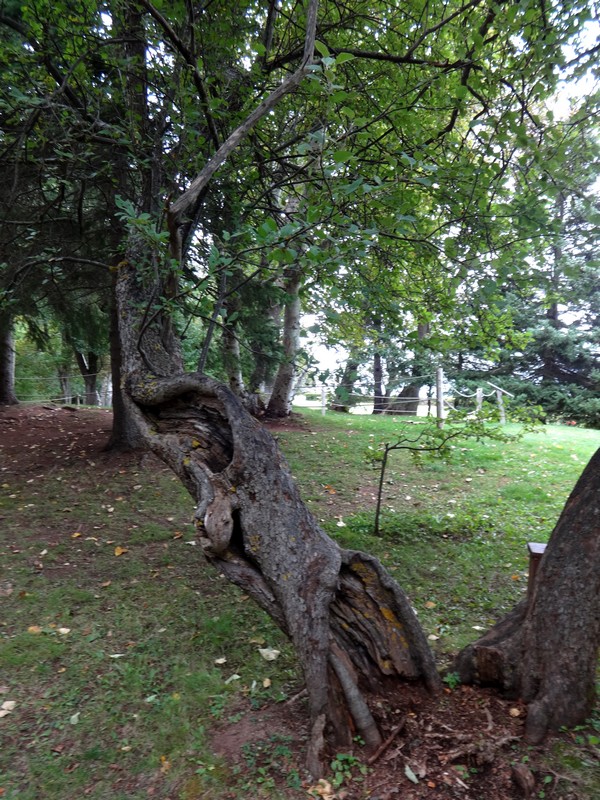 On the way out I overhear a woman complaining that there’s nothing here, that it’s just a site… and I wonder what she’s looking for.

When I’m on Prince Edward Island… 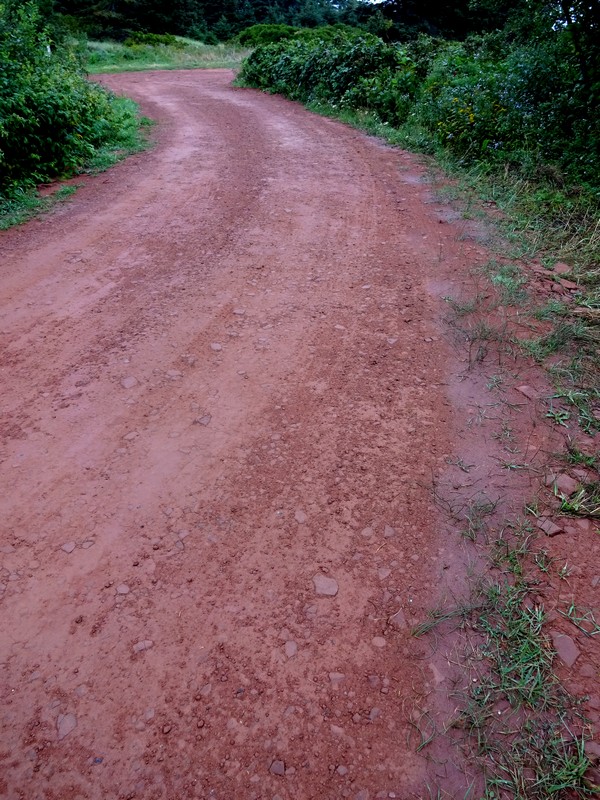 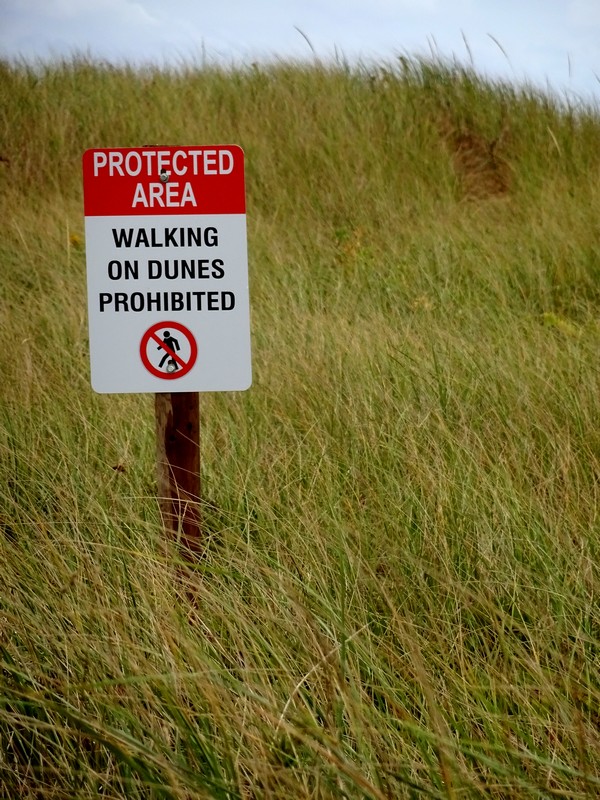 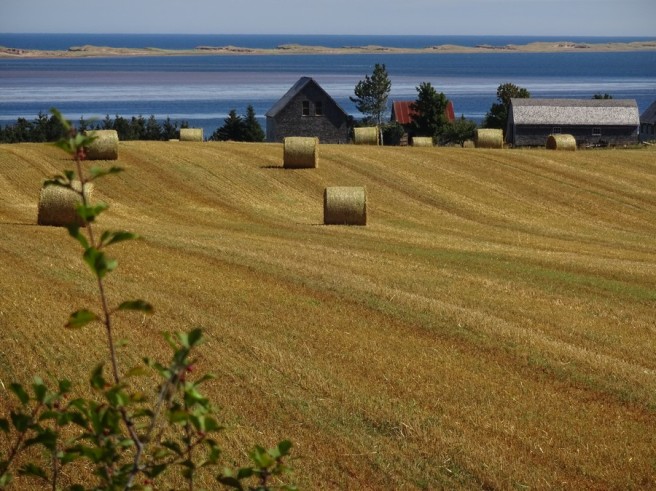 But in ways I can’t say… 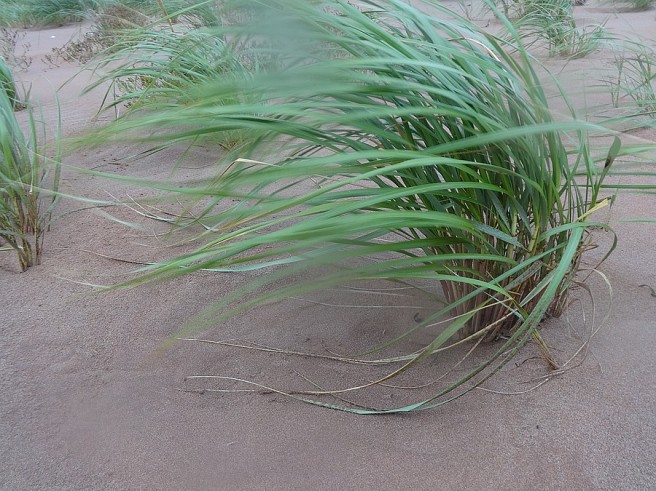 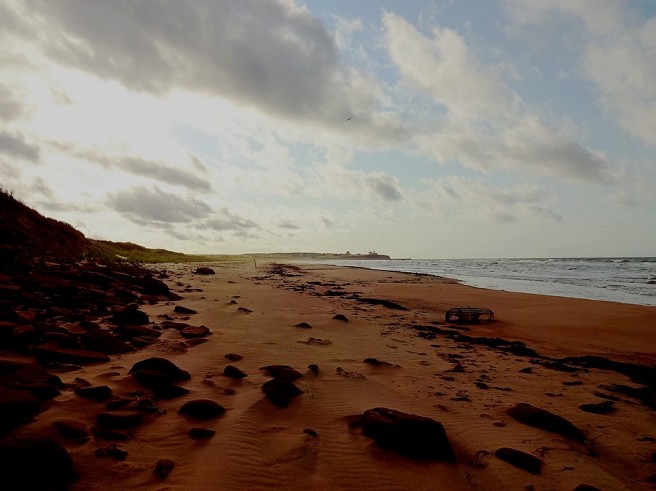 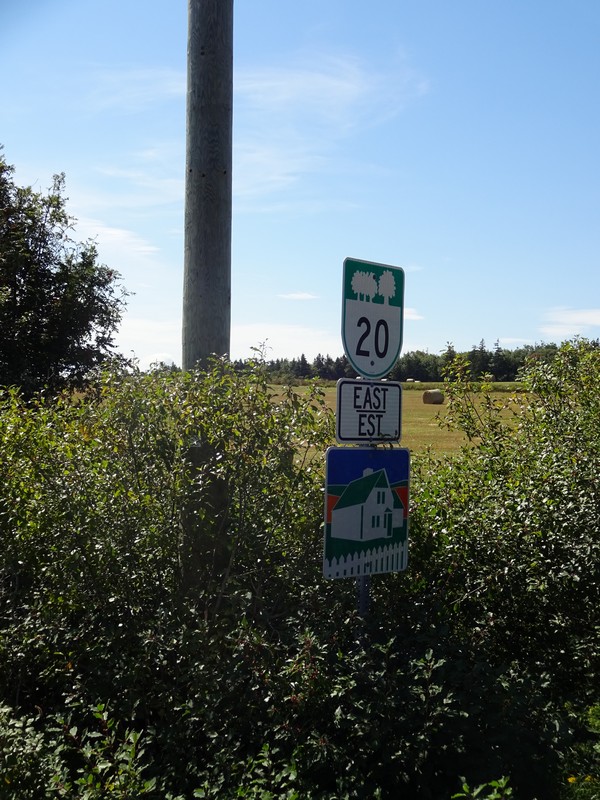 …I never feel more at home. 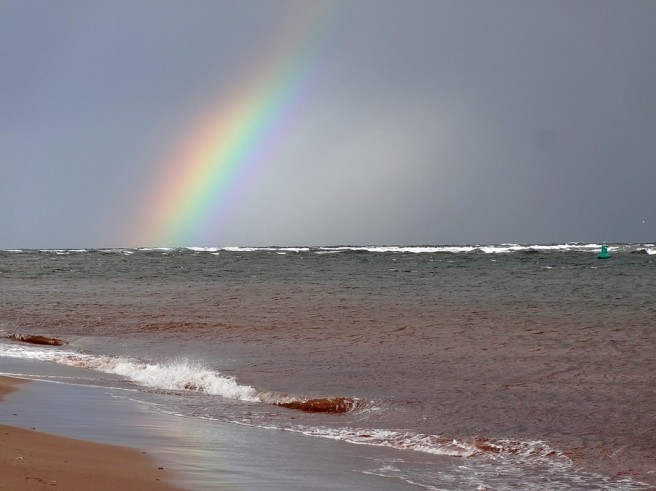