The beach of course. 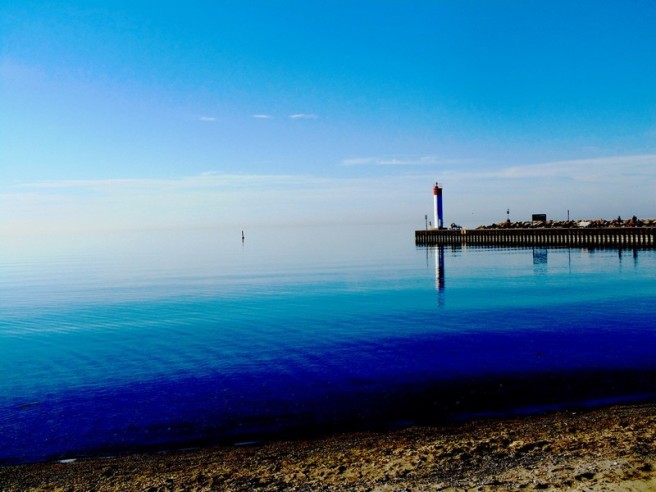 I read somewhere that as little as 20 minutes of morning sunshine (somehow different than afternoon) boosts metabolism into magnificence. I’m not here for metabolism boosting but these little bonuses never hurt. 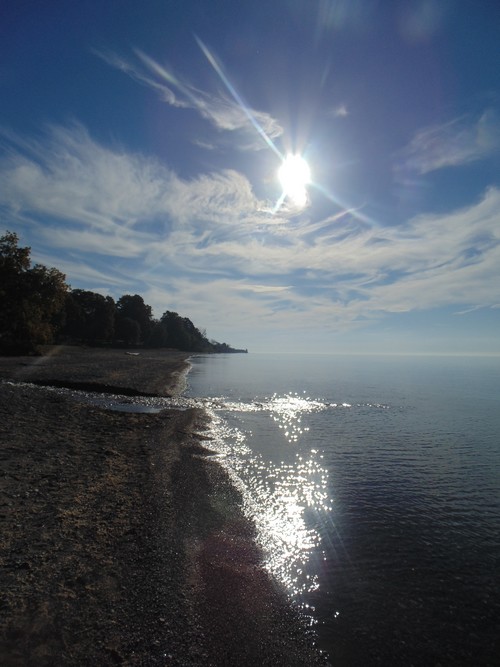 There is a lad in an orange worker’s vest with its fluorescent X, he’s picking up litter. On a Sunday morning. This, I think, is noble work and I want to tell him so. I start with Good Morning as I pass and he, without looking up, without making eye contact, mumbles most miserably: morning. He keeps walking and I do too and the whole idea of nobility has gone right out the window. I’m not sure he’d understand my meaning anyhow, might even think it was a negative.

The lake today is a cliché.

Cool and perfect and I want to swim out to a pair of resting gulls. 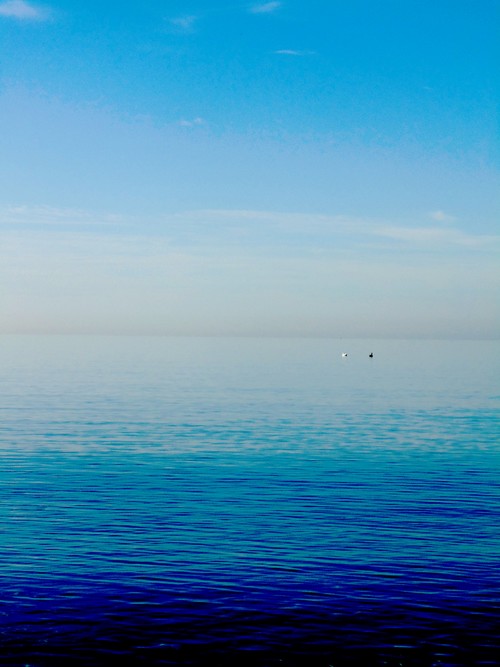 But I collect glass instead. Only the tiniest bits of green. And then I sit on a picnic table and the picture I snap makes it look as if I have a fox’s tail. I take this as an excellent sign. As well as a compliment. 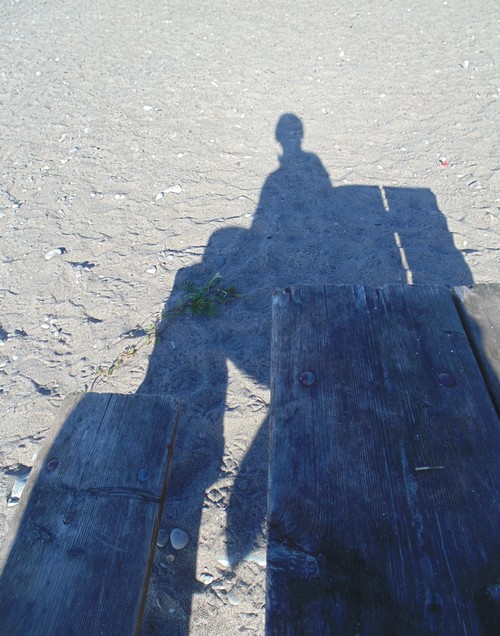 An old hippie with toned down Roger Daltry hair, a tan and tie-dyed tee-shirt walking a baby bulldog. The dog stops, rolls onto his back among the lake lap and pebbles, stands and shakes himself off. The old hippie doesn’t rush him. 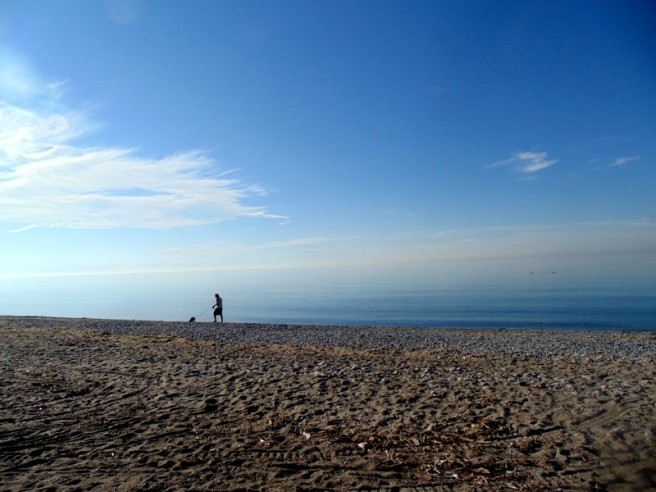 And then a dad and a very young child, maybe three or four. The child in navy pants and a grey and blue striped top, possibly meant to advertise that it’s a boy. His dad on the phone, seemingly unsure of how to have childish fun; he eyes a pretty woman in leggings walking past. Now he skips stones with a vengeance and looks to see who’s watching and when the child picks up a stone and throws it, the dad doesn’t watch. Soon the child no longer watches the dad, but walks away instead. I’d like to think this is a lesson in independence, in not caring if anyone’s watching, but I strongly suspect this isn’t what the boy is learning. Eventually the dad realizes the boy is gone and goes after him, shouting, checking his phone, then he spits as if to assert himself in the absence of stones to throw. They walk away from the lake, metres apart. The child is sullen and the dad asks loudly what he wants, accusing, angry—does he want to go home??
The child doesn’t answer, keeps walking.

Remember, he is three, maybe four.

And I want to answer for him:

how about some warmth? some engagement? a sliver of joy in the pleasure of this day, in your kid’s company… how about just holding his tiny hand… 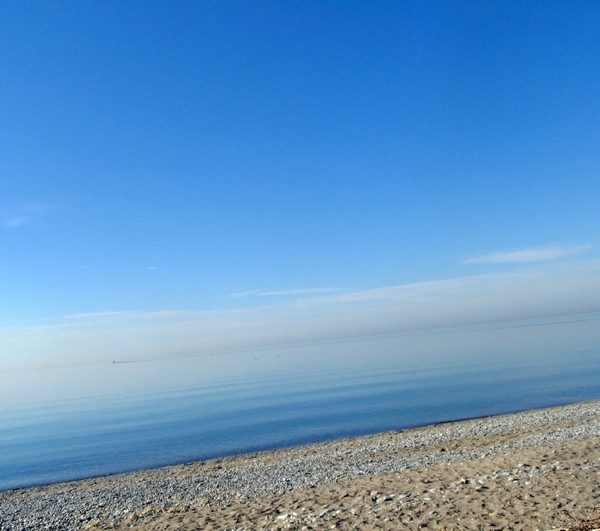