One of my favourite days of the year. Most of it spent wrestling with words, but also a few other things done. A tablecloth made, prayer flags hung. Ironing.

Some fresh litter tossed about.

A chick pea salad for dinner (with parsley and arugula from the garden).

It’s the perfect solstice evening now… raining and sunny and warm. All of it mixed together, alternating, the light and the sky, the way it keeps changing from something luminescent and golden, making even the neighbour’s garage door look stunning… to momentarily stormy grey. The kind of skies you’d call dramatic. The kind that if you painted them exactly as they are, you’d be called a hack. No one would believe skies really looked like that. The kind of skies you see in 18th century paintings about the fur trade.

I wanted to post something to mark this special day; I had a few ideas; I was going to write about issues and faith and the futility of fear, and how there’s a dove nesting on my porch and how the mother sometimes leaves it for hours at a time and the first time she left I was frantic; I called the animal people and asked what to do. They said keep an eye on things. I did and she came back and I began to notice that there was a rhythm to her comings and goings. I shoo away the squirrels and other birds but, mostly, I think mama bird and baby know exactly what they’re doing. I think they can manage pretty well without me sticking my oar in.

Which always amazes the arrogant human in me.

I was going to write about all that… but I’ve spent too much time on words today and this is all I have left. 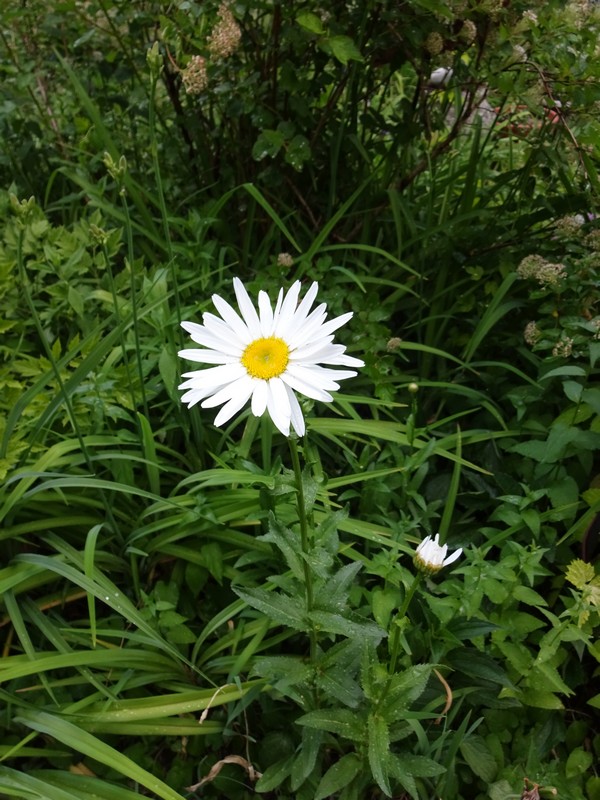 So enough with the writing. I’m heading outside, to revel in the light.

And pick me some chamomile for a brew later tonight.

Here’s to the longest day…