In the event you’re confused about how to treat the wimminfolk ‘these days’, and we suspect you are, maybe this will help…

a) ‘these days’, by the way, have been ongoing since Mary Wollstonecraft had the chutzpah to point out (publicly and in writing) the inequities between genders in 1792. She was, of course, the first feminist or, as some of you might describe her, the first pain in your ass. She certainly heard enough of that in her day. As have all women who dare to point out inequities. Because our more important role is to smile. And if you think the inequities are tiring to hear about, imagine it from our end.

b) It’s not about doors. Or seats on buses. I mention this only because it appears to be no small detail in terms of your frustration/confusion.What do these chicks want?  Are you supposed to open the door or not, you wonder….

Please understand… we know you live to be helpful, to treat women with chivalry because, after all, that implies horses and knighthood, a nifty metal ensemble, a shiny sword but, honestly, unless our arms are full of groceries or rocks or children, we can handle a door. Same with anyone, really, you needn’t single us out. We’ll let you know if we need help with a jar or a high up shelf but in the meantime we’d like to think you’re using all those knightly instincts being chivalrous to people in general, opening an equal number of doors for men with arms full of children and offering seats to old fellas who look tired. In turn, we, too will gladly hold a door for you should we happen to get to it first. Basic politeness is different than a sense of duty, or favour.

That said, if you just can’t move past the idea of imposed chivalry, that men exist in order to ensure the welfare and good treatment of women, you’re in an excellent position to do something about it given your clout in most things corporate, political, tyrannical and world domination, generally.

Elimination of gender discrimination in the workplace, in the arts, in government, at my car dealership

The growing trend of women and poverty (aka feminization of poverty)

Gender based violence in… well, everywhere

Domestic violence and the need for shelters, community support, housing

The need to change the language that demeans girls:  throw like a girl, etc.

And the language that demeans women… the male server at the restaurant who calls the woman who is neither young nor a lady, young lady, while addressing the male at the table as sir.

Elimination of the pink tax. Why do pink razors cost more than blue ones?

Oh, and stop telling women to smile, okay? You like telling people to smile, tell each other.

Because these are the kinds of things that would actually HELP women. 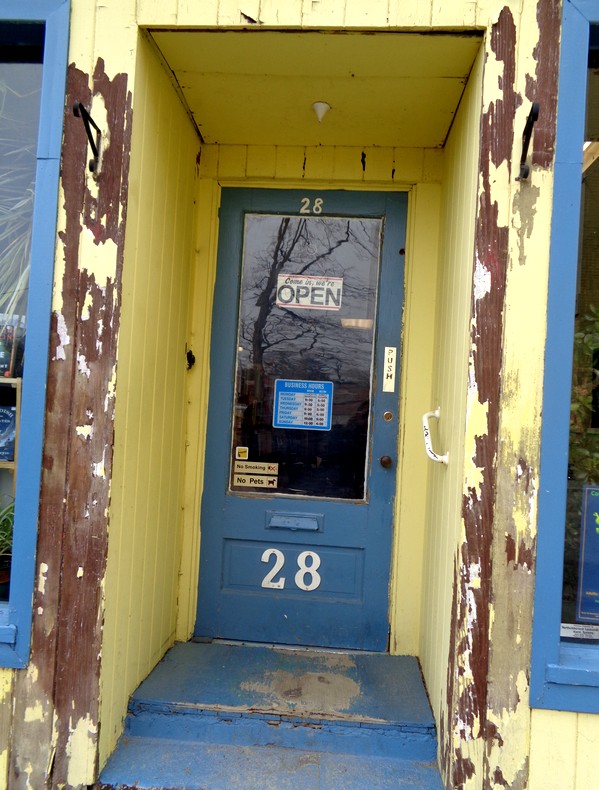 Once you’ve taken these things as seriously as you do doors, and seats on buses, and opening jars, and similarly ‘helpful’ things, well, then, if you still want to open doors for us, go right ahead.

Thanking you in advance.

p.s. No one’s really sure about the origins of why opening doors is a guy thing but one theory is that it was safer to have the woman enter first so the guy, er, sorry, the knight, didn’t end up getting shot or stabbed in the event of any nefarious doings and/or plot on the other side.

~ From, Beatitudes, by Hermengilde Chiasson

That my choice for Int’l Women’s Day is an excerpt from a book by a man isn’t completely ironic. His were the words that came to mind today when what I wanted to address was the universal each other  of us,  not just those who travel in our circles, who share our concerns, but those with or without families, with or without homes or meaningful work, respect, love… with or without someone who cares if we have a cold, who will bring us soup.

The forgotten women as well as the remembered.

The fact is we’re more same than different… and, despite our differences in gender, culture, race, privilege (and other contributing factors to how life plays out) (and the need to address those factors of inequality…) we recognize each other.

And that’s no small thing.

But how to use the power of it?

Because it strikes me that maybe it’s a key ingredient to achieving all kinds of equality, and rather than giving so much energy to divisiveness, teams and sides, all those rules to argue over, which makes for such a slow and bumpy road, maybe we could focus on the reality that we ‘recognize’ each other.

But, yeah, how to use that reality… remains the question.

In the meantime, that a man wrote these passages feels somehow hopeful, makes the idea of recognizing each other seem more possible somehow.

Happy International Women’s Day, to ‘us’ all…

It won’t work if it’s done only when it’s done en masse.

Or when the beautiful momentum of hundreds of thousands gives it credibility and air time. As powerful and important as that is.

It won’t work if we stop when the cameras stop and the journalists go home and we’re left with our own small lives and make the mistake of thinking what can I do… me… one tiny person?

It won’t work if after stretching to this extraordinary moment of pink power we let the elastic snap back into complacency and start supporting what’s easy instead of what’s right.

Pink is no longer a colour.

Reclaimed at last from the retail aisles and Barbie accessories. Let it stand instead for kindness, equality, respect, truth. Let’s accept nothing less. And let’s find creative and clever ways to live it every day in our own small lives.

Also, let’s remember that however important it is, it’s not the only colour.
But maybe, just maybe… it can lead the way.

Equality. Kindness. Truth. Respect. Across the board. 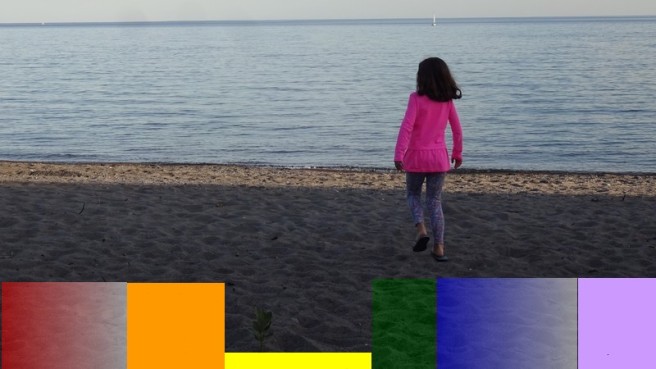 And so, become yourself
Because the past is just a goodbye 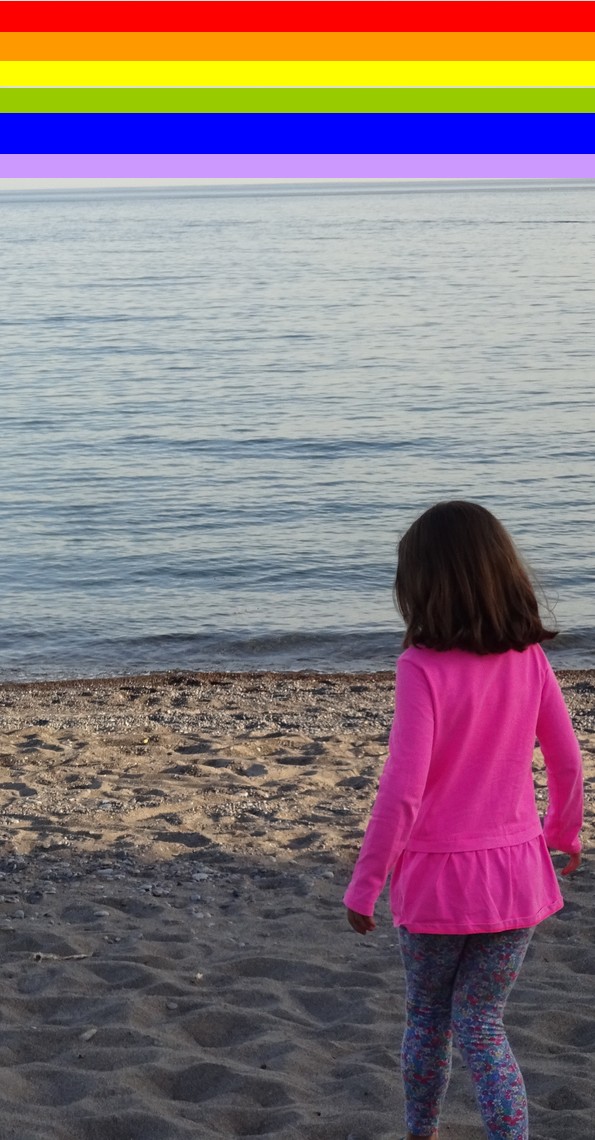 Teach your children well
Their father’s hell did slowly go by
And feed them on your dreams
The one they picked, the one you’ll know by 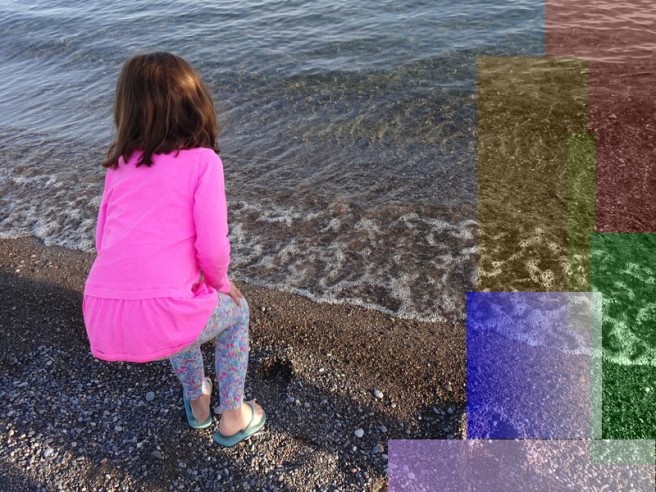 Don’t you ever ask them why
If they told you, you would cry
So just look at them and sigh
And know they love you

Teach your parents well
Their children’s hell will slowly go by
And feed them on your dreams
The one they picked, the one you’ll know by

Don’t you ever ask them why
If they told you, you would cry 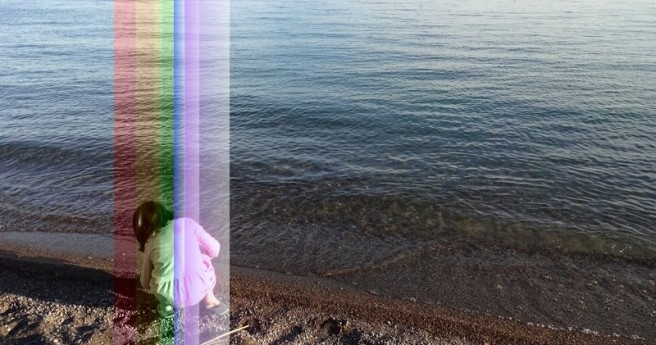 ♥
Lyrics by Graham Nash. After writing the song he discovered the photo ‘Child with Toy Hand Grenade’ taken in Central Park, by Diane Arbus in 1962; he felt it represented the song well, which by then had become an  anthem for non-violence. (Apparently the song had, originally, been inspired by a difficult relationship with his father.)